Homepage / Community / If Not a Runner 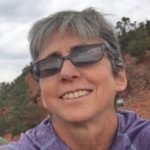 Laurie Stone lives in Carbondale, CO, where she occasionally jogs around the trails and is finally going to get off Facebook (and maybe even—gasp—Strava).
More From Laurie Stone 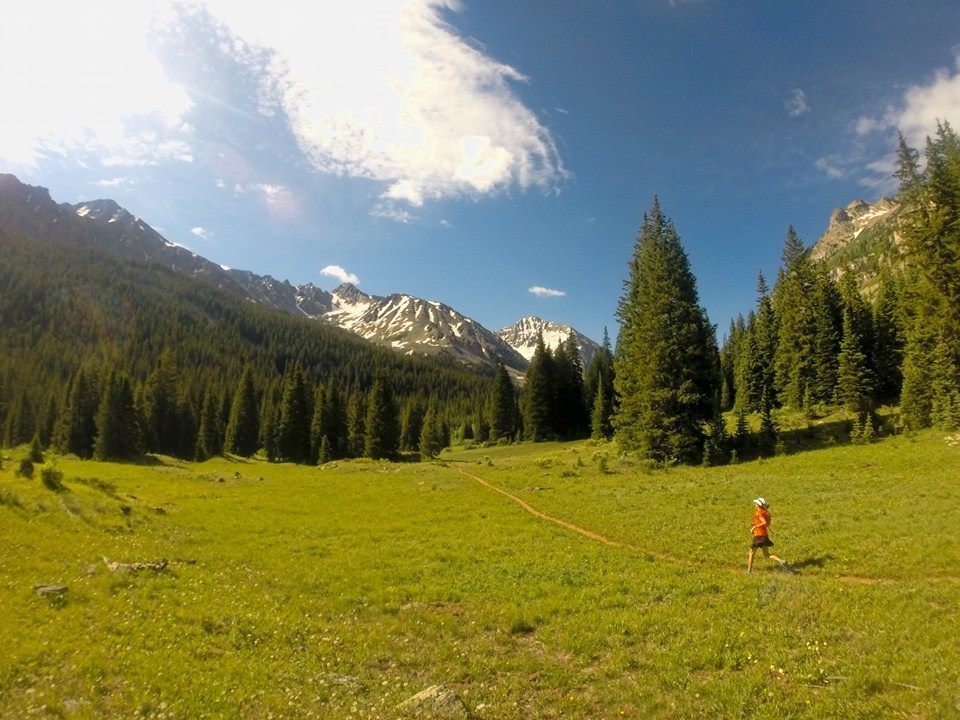 Running is my life. At least it used to be. I have identified as a runner for so long, that I’m afraid I lost any semblance of who else I am. I ran my first 10k when I was 11. Before that, I had never run farther than around the yard in our local game of spud. I was so proud that I finished the entire 10k without walking. Even though I couldn’t walk the next day, and my mom had to write me a note to get out of gym class, which in grade school was my favorite class, I was hooked.

In middle school I ran before school with my mom. In high school I joined the track team.

In college my competitive streak kicked in and I entered a 10K every weekend. As most ultrarunners have experienced, it was a slippery slope, graduating to half marathons, marathons, 50ks, and then 40 and 50-mile races.

I’ve always suffered from a bit of low self-esteem. And running was something I was good at. I came home from races with awards that now line my bookshelves. Running gave me confidence, it gave me a sense of belonging, it gave me my place in the world.

The next 30 years of my life, I was a trail runner. I had a long bucket list of trail runs and races that I was slowly ticking off. Stressed at work? Go for a trail run. Celebrating an achievement? Go for a trail run. When COVID hit I was so grateful that I had trail running in my life. I felt like one of the luckiest people in the world, to be able to run through my mountain trails and feel a semblance of normalcy.

Last summer I went for a 29-mile run over four mountain passes and felt the best I had felt in years. Two weeks later my Achilles tendonitis, that I have struggled with on and off for a couple of years, came back with a vengeance. No amount of physical therapy, stretching, dry needling, acupuncture, or massage could seem to get it under control. It would start feeling better, and I would go out for a short run and it would flare right up again.

I didn’t run for over a year. Every time I attempted to run, my Achilles would tell me “Oh no you don’t.” I finally had to admit that my ultrarunning days might be over. Sure, I mountain biked, and swam, and Nordic skied, so my friends couldn’t understand why I was so out of sorts. I was still getting exercise. But those activities weren’t the same for me as running. I had lost my sense of identity.

I have identified as a runner for so long, that without it I felt lost. When people asked me to describe myself, my first response was always “I’m a trail runner.” Trail running was my church, my meditation, my therapy, my solace. It has always been there for me. It got me through struggles with depression, a divorce, a sexual assault, the deaths of loved ones, and a global pandemic.

I longed for those days when I would wake up before 6 am excited to get 20+ miles in on the trails before it got too hot. Or I would be having a bad day and put on my shoes and hit the trails. I would love that endorphin rush, that feeling like I was flying and could go forever. I would come home and, although not the fastest runner on the trails, feel like a badass and that I could conquer anything. I couldn’t even remember what I was upset about.

Now I drag myself out of bed to run 5 miles, just to prove that I am still a runner. After struggling through the run, walking up hills I used to run with ease, I come home more depressed than before. I feel like a failure. And worse than feeling like a failure, I don’t feel like a runner. Not because I’m slower than I used to be and can’t go nearly as far. But because I don’t even enjoy it anymore.

But if not a runner, then who am I?

When I first started online dating after my divorce, I would instantly swipe left on anyone who said they “jogged.” Now, I feel like a jogger. I understand why people hate running, because face it, when you’re not a runner, running sucks.

Every few days I think “now is the day that I will get my running mojo back.” But it doesn’t happen. And my sense of identity slips further and further away.

It’s a vicious cycle as feeling sorry for myself makes me feel like a terrible person since I really have little to complain about. In reality, I’m part of the 1 percent. No, I’m not a billionaire. Or even a millionaire. But I am secure and have great friends and family and a job I am passionate about.

I have traveled around the world and have seen real suffering. I know that a white woman living in a beautiful town in the Colorado mountains (although a town with many fanatic ultrarunners, which means I really need to get off social media) is not suffering, no matter how bad her Achilles is. But I’ve also been in enough therapy to know that just because people are worse off than you, it doesn’t make your depression or hurt any less.

I think everyone can agree that 2020 sucked. 2021 wasn’t much better. My goal for 2022 is to answer the question of who I am without running. I want to truly believe that I am more than a runner.

I hope that I will come to think of running as an old friend. Like my best childhood friend. I hardly see her and rarely talk to her. I have new friends now that I go to for my sense of community. But I know that she will be there for me if I need her. And when I do see her, it’s like we’ve never been apart. I hope that is how it is running. When I need it, it will always be there for me. So maybe there will be no more 60-mile weeks, no more going for 16 mile runs with my male colleagues that are half my age. Maybe I will only shuffle along for 5 miles a few days a week at 3 minutes per mile slower than my old pace. Maybe I’m not an ultra trail runner anymore. But maybe I am still a runner. And more importantly, maybe, hopefully, someday I will realize that I’m more than just a runner. I’m a mother, a daughter, a sister, a friend, an engineer, a writer, an environmentalist, a baker, and an occasional jogger. And maybe that’s OK.

Laurie Stone lives in Carbondale, CO, where she occasionally jogs around the trails and is finally going to get off Facebook (and maybe even—gasp—Strava).
More From Laurie Stone