Homepage / Community / My Journey for the Long Run 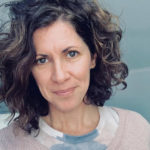 I am an educator pursuing my doctorate at Samford University and mom to a beautiful 9-year-old daughter. I began running at the age of 7 with a cross country 1 mile race through the trails. After competing in Track and Field in college I decided to find that childhood passion again by running trails and ditching the city scene. I fell in love with trail running, the fresh air, nature, freedom, and the unique style of trail races. Running gives me a free and open space to exhale and enjoy the outdoors while staying healthy. The running community encouragement and friendships fuel the shared love for running and caring for one another!
More From Amanda Blake Turner 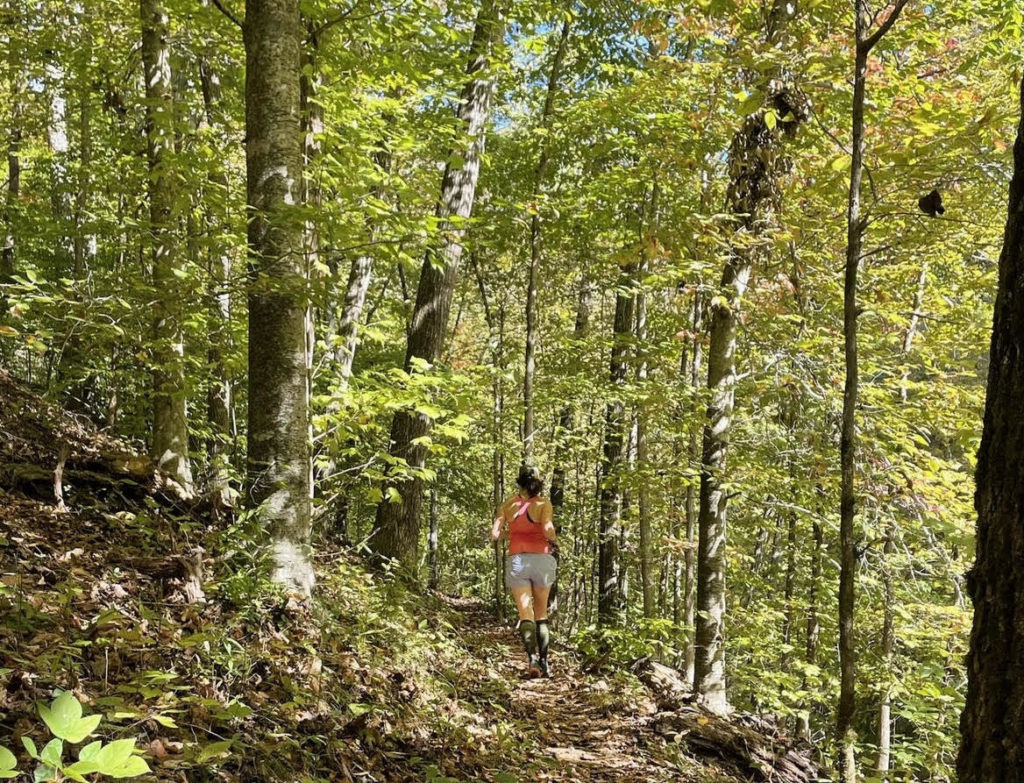 When I was growing up, PE was my favorite class of the day because I could run and accumulate more stars on my shirt than anybody in school. Every lap received a star, and I ran the entire 45 minutes of PE class. Little did I know that running would become my passion and would be instrumental to the rest of my life.

First grade through fifth I competed in the mile, both on track and cross country, becoming one of the fastest girl’s in Huntsville, Alabama. My running continued on but began meeting adversity and challenges while I continued competing. We moved and the middle school I attended did not have a track program. I later attended a high school that offered track & field, but I soon became sidelined almost permanently. At 15 I was involved in a car accident, resulting in a traumatic head injury, described as temporary partial complex epilepsy. For the next four years I hiked, played tennis, walked, and found new hobbies, but could not participate in any strenuous activities like competitive running.

By the time I was 19 I was released from the neurologist with a green light to run as much as my heart desired, so I did. I gathered competitive times from local community colleges and started self-coaching and training myself at a local track and trail to meet those times. The next year I was awarded a scholarship to run cross country at Southern Union Community College, and the next year I walked on the indoor track team at the University of Alabama in Birmingham.

Following college I fell in love with trail running, finding as many trail races possible and competing throughout my 20’s and 30’s, successfully winning the state title in the Xterra Trail Series. The trails became a serene place of absorbing peace, healing, and the beauty of nature while strengthening my body, mind, and spirit. The time and energy spent as a mom and educator are incredibly rewarding, and I would add trail running is as well. My beautiful 9 year old daughter keeps life exciting and on-the-go most days!

Trail running continues to provide those things as well as an amazing community of colleagues, friends, and local social events. For over a decade I ran solo, mostly due to time constraints in my lifestyle. The moment I began to open up my schedule to run with friends and groups, it revolutionized my running. Learning from others, empathizing and understanding, being heard, and sharing the trails with others has made me a stronger runner, and better person! I can feel the joy in my soul when I am trail running and that is why it has all been worth pushing through adversity to stay on the trail.

Despite the childhood setbacks and adulthood fears, the happiness and benefits of persevering gives me the confidence to keep going, to keep reaching, to keep growing, and finding more adventures on the trails! As the pandemic took precedence, I decided to slowly run on the roads again to stay active and deal with life at home. I discovered that running in of itself was the heart of it all. For the first time I decided to continue to run throughout the week, road or trail, but most importantly for consistently.

For a season I joined a local running group and coaching to learn about pacing, speed-work, strength and endurance. My goal was to continue to run, even in the cold, the southern humid heat, and crisp fall air. This was the best goal I have ever set for myself as a runner. The consistency paid off tremendously, changing my perspective on running in and out of comfortable seasons, and leaning from others. I learned more this past year than running alone most of my life, when it was convenient and comfortable. My body has acclimated in ways I did not think was possible. I don’t mind a frigid jaunt on the trails, I will get warm! I don’t mind an easy slow pace in a drizzling rain, I have a running rain jacket. I can survive a tempo run in 100% humidity / 90 degree southern summer day, with plenty of hydration before, during, and after. The rewards outweigh the discomforts and fears of running in new territory. I ran the entire year, consistently and even decided to venture out to train for my first marathon.

A long run on the trail, perhaps one of my longest, I decided at least one marathon in my lifetime would be an excellent goal to set embarking on my 40’s. So now I am running many “first” long distances, soon to be ending on a 20 mile training run! After completing the marathon I am looking forward to joining the ranks of ultra trail running, staring with a 23k! Never give up on your dreams, goals, and aspirations to achieve more than you thought possible. Resilience grows in you through experience, and hope, faith and the determination will be there. As a runner, learning to trust a process and training is new and fragile, but is truly where the heart of the miles make the difference.

My lifetime of self-training was to get out there and run as hard as I could, when I could, and hope for the best. Now, I’ve grown to understand and enjoy the methodical process of slow easy miles, short core routines, efficient threshold and speed work, and good recovery. The guesswork is no longer there, instead it’s trusting the combination of training and effort to achieve my end goals. I’m discovering success in these changes, my body and mind benefiting, and running distances I didn’t think were possible! I am in better shape now than I have been my entire life and that is worth celebrating everyday!

I am an educator pursuing my doctorate at Samford University and mom to a beautiful 9-year-old daughter. I began running at the age of 7 with a cross country 1 mile race through the trails. After competing in Track and Field in college I decided to find that childhood passion again by running trails and ditching the city scene. I fell in love with trail running, the fresh air, nature, freedom, and the unique style of trail races. Running gives me a free and open space to exhale and enjoy the outdoors while staying healthy. The running community encouragement and friendships fuel the shared love for running and caring for one another!
More From Amanda Blake Turner