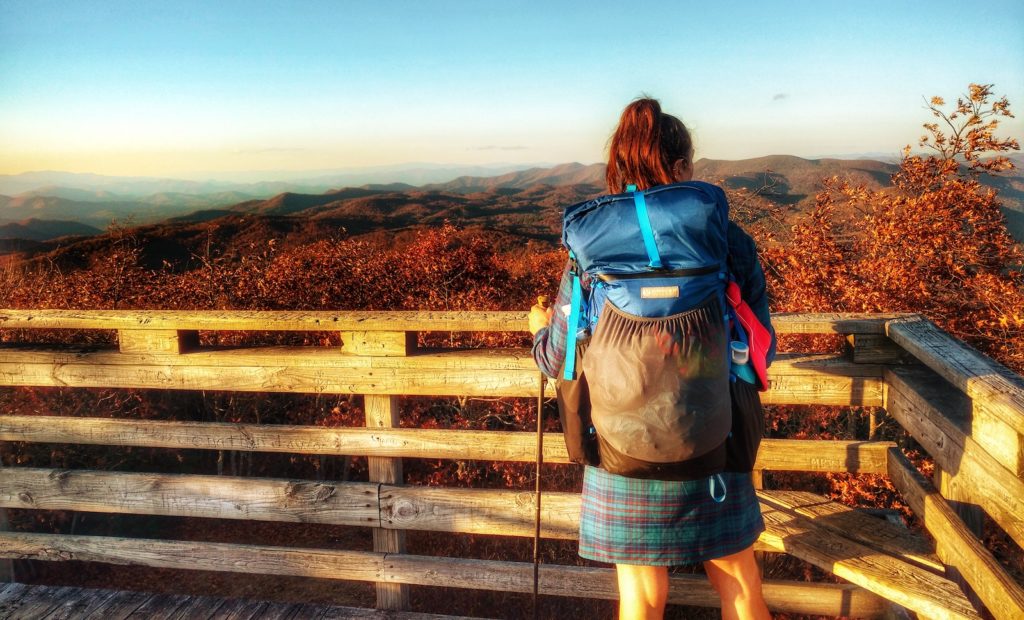 Last month I wrote about shorter thru-hikes that you can do without quitting your job. This month I’d like to highlight three of those lesser-known trails. While many people think of the Appalachian Trail (AT), Pacific Crest Trail (PCT), and Continental Divide Trail (CDT) when thinking of thru-hiking, there are many who are also aware of the so-called Triple Jewel trails as well: the Long Trail, Colorado Trail, and John Muir Trail. These three shorter thru-hikes are concurrent with the Triple Crown trails for a significant portion of their lengths. Yet, as we touched on last month, this is only a small taste of long-distance trail options in the US and worldwide.

In 1968, the United States enacted legislation to create footpaths for recreation across the country. This overarching National Trails System Act was the genesis of the protections these more popular trails often have. This act specified several classes of trail with varying purposes. National Scenic Trails were designated to preserve unbroken footpaths through some of the country’s most beautiful areas. The Appalachian and Pacific Crest were the first two National Scenic Trails (with 9 more added since). Additionally, National Recreation Trails were designated as a class of trail in a wide variety of environments throughout the country—primarily created for protection of previously existing trails. The Long Trail as well as portions of the Bartram and Arizona trails are some of the over 1,300 National Recreation Trails. The National Trails System Act also provided for other classifications of trail. You can read more about them here.

This wide variety of trail type and location means that there are far more long hikes local to you than the ones you read about in magazines or online. I encourage you to explore the vast network to find your next adventure. The three trails I’ll talk a bit more about today are the Bartram Trail, the Arizona Trail, and the Benton MacKaye Trail. I’ve hiked all three of these and can say they are every bit as varied and enjoyable as their much longer and more famous counterparts, but with lengths that make them far more accessible to most people.

The Bartram Trail (BT) and the Benton MacKaye (BMT) are both located in the southeastern United States in the mountains of Georgia and North Carolina. Although they do not cross paths with each other, they do intersect many other longish footpaths throughout the region. The AT often overshadows all other trails in this part of the country; however, the southern Appalachians are home to a complex web of myriad wilderness trails. This interconnectedness means that you can often create your own unbroken route, customizing it to your preferred length.

One perfect example of this is the Bartram Trail and the 77-mile-long Foothills Trail, which leads northward along the South Carolina/North Carolina Border. Together they form a snaking route through the eastern foothills of the Appalachians and can provide early and late season hiking when the high country is seeing snow.

The Bartram Trail’s northern terminus is on the Appalachian Trail in North Carolina atop Cheoah Bald. This is just southeast of the southern end of the Smoky Mountains; therefore, you could use the AT to connect it to the Benton MacKaye Trail. South of there, it trends through rolling terrain, eventually climbing back up to the AT, crossing it, and dipping down into the foothills. After a brief road walk, the trail makes its way into the border region of North Carolina and Georgia, ascending Rabun Bald shortly after crossing the state line. The southernmost miles of the Bartram Trail are along the wild and scenic Chattooga River (of Deliverance infamy) ending at the South Carolina border. It is in the Chattooga section that you can use a connector trail to link it to the Foothills Trail.

Unlike most other hikes I’ve done, I saw only a handful of other people hiking on the Bartram Trail. It was well maintained despite the light usage. Early November was still autumn, with very comfortable temperatures—except for the overlapping portion with the AT where winter was already setting in. It was a lovely experience to hike in an area where I’ve spent so much time, and yet always be a few ridges away from where I’ve been. I experienced dramatically different footbed and animal interactions. Whereas the AT is a very busy place and often feels abandoned by wildlife, the Bartram Trail felt quite wild, with coyotes and owls outside our tent most nights. You can read the full trip report I wrote about my hike on the Montbell America website.

Right next door is the Benton MacKaye Trail which is about twice the length of the Bartram Trail. The BMT was developed as a potential alternate route for the AT to travel north from Springer Mountain, Georgia—where they share a southern terminus—to the northern end of the Great Smoky Mountains. I hiked the Benton MacKaye Trail the year after the Bartram, expecting the experiences to be quite similar. I couldn’t have been more surprised at how different they were despite their geographic proximity! Unlike the Bartram which travels through rolling foothills, the BMT traverses big mountains every bit as challenging as the AT.

It shares the wilder, more remote feeling of the BT with the addition of increased human impact without the national level protections afforded the AT and segments of the BT. We saw multiple instances of ATV use on the footrail, including one couple precariously bouncing down the narrow footpath, their ATV breaking trees and damaging the trail bed. Hiking the BMT definitely gave me insight into what the AT would have likely been like in its early days with regard to wildness and also what it might be like if it weren’t for the many people and organizations dedicated to preserving it. You can read my full trip report on the Good To-Go website.

The third trail I want to discuss is the 800-mile-long Arizona Trail, that runs the length of its eponymous state. The AZT is a wildly varied trail. It traverses high desert, low desert, sub-alpine, the Grand Canyon, and more. The southern half of the trail descends as low as the Sonoran Desert, but also climbs up and over several of the Sky Islands—summits of 6 to 9,000 feet. The northern half traverses very flat plateaus south and north of the Grand Canyon. These two distinct halves are separated by the vertiginous Mogollon Rim. The plateau walking is punctuated by a rim-to-rim traverse of the Grand Canyon. The northern terminus is at the Utah border.

While summers are unhikably hot on the AZT, the trail makes for a lovely late spring or mid-autumn thru-hike. Even in the cooler seasons it is not for the faint of heart. Some segments are overgrown with desert plants, the water quality—when natural water is available—is quite poor. Long-waterless stretches make logistics difficult and many hikers cache water for themselves prior to their hikes. Unlike many other desert hikes, the trail is well marked and is ripe for adventure for those who have the skills to take on the difficult landscapes it traverses.

No matter the type of terrain you want to see or the amount of time you have to do so, the national trails system ensures that “there is a trail for that”.