Homepage / Community / No, It’s Not Because I “Run Too Much”

No, It’s Not Because I “Run Too Much”

Sammie Lewis lives in Golden, Colorado and is an ultra runner, cyclist, and skier. She and her husband, Gabe, are the founders of Golden Endurance which provides individualized physical therapy, strength training, and coaching services specifically for endurance athletes. Their goal is to keep runners of all levels running at their best.
More From Sammie Lewis 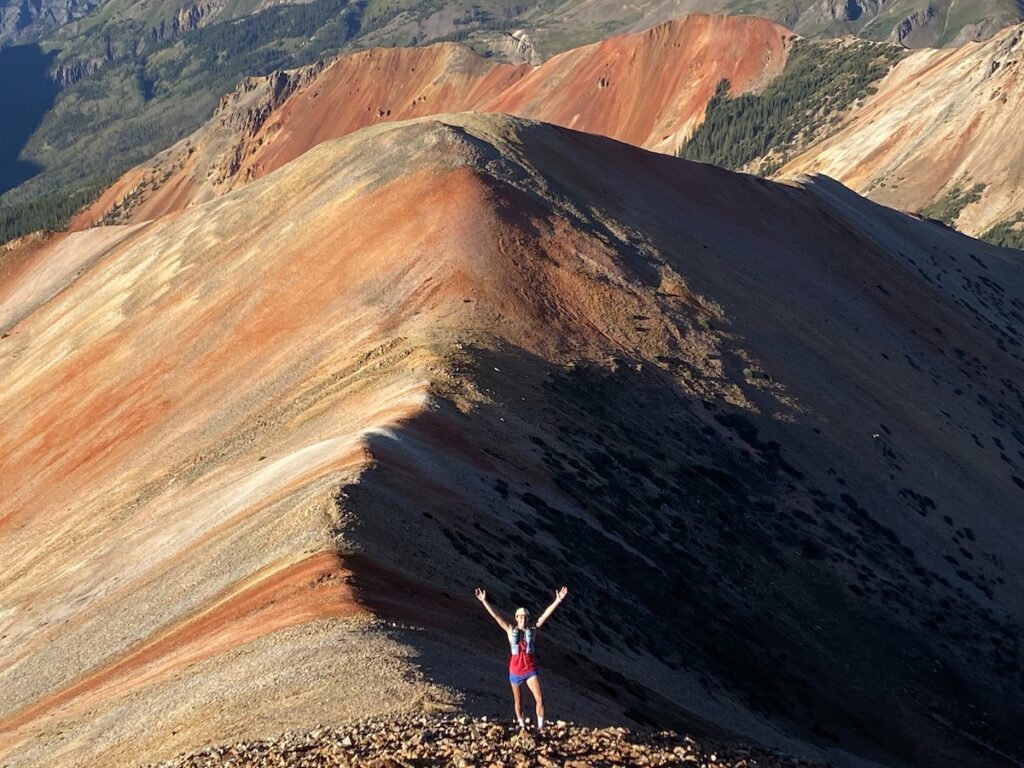 I don’t think anybody reading would argue that the American healthcare system is… not great, to say the least. And navigating it as a female runner can be especially challenging. As a physical therapist, I understand physiology and the healthcare system more than most; so, as I sit here reflecting on my last ten years of frustrations bouncing from doctor to doctor, I can’t even fathom how I would have dealt with things if I didn’t have the background knowledge to advocate for myself.

A month ago, I was diagnosed with my third autoimmune disorder: ankylosing spondylitis, an inflammatory arthritis that most affects the spine and pelvis. This added to my previous list including Graves Disease in 2010 and Celiac Disease in 2018. The most upsetting part- none of these were caught by any physicians who I went to for help. Most often, I was told that I was totally healthy, and my symptoms were due to ‘running too much.’ I’m not sure anything is quite as frustrating as constantly being told that “you’re fine” when you feel terrible, and that you should stop doing the one thing that makes you actually feel good.

Graves Disease is characterized by hyperactive thyroid activity which causes heart rate to increase dramatically, insomnia, heat intolerance, and exercise intolerance. I first started having symptoms while playing college soccer where I went from being a player who could run forever to not being able to run a 10-minute mile. The initial solution given to me by my coaches was extra fitness workouts, which I did every day. After months of this, I finally asked to have some blood testing done. It showed off-the chart high levels of thyroid hormone after which the team doctor did my vitals for the first time since it all had started- I had a resting heart rate of 120 and was going up as high as 230 during practice. The plan immediately changed from extra workouts to being held from all physical activity.

Fast forward several years and I had gotten into trail running. Running long distances came naturally to me, but year after year I struggled with various nutritional deficiencies including B12, iron, Vitamin D, and calcium that at best left me fatigued beyond belief and at worst- significantly injured. After each deficiency was identified the solution was the same: some kind of supplement (which ranged from pills to infusions to daily injections), and to run less. Nobody questioned why a ‘seemingly healthy’ female in their mid-20s would have severe nutritional deficiencies. And nobody ever asked me about diet, gut health, or anything of the sort.

Luckily, as a PT, I was able to put together that I had the signs and symptoms of RED-S (Relative Energy Deficiency in Sport, formerly known as the female athlete triad). It didn’t completely make sense since I had been fortunate enough to never have any issues with disordered eating, but the symptoms were there. I eventually asked my primary care to test me for Celiac disease- which often can cause deficiencies in the same four things that I had issues with. Sure enough, testing came back positive and now gluten hasn’t been part of my life for years.

Despite that removing gluten from my diet did somewhat help, over the next years I continued to have issues with fatigue, constant GI distress, and difficulty keeping bloodwork in range. I also developed intense, constant back and glute pain. I saw several orthopedic doctors who prescribed pain killers and injections which did little for relief. Once again- I had to lean on PT knowledge knowing that back pain generally improves with graded exposure to movement, not rest. I was able to figure out that most of the time, running made it feel way better. So, I kept running and that made the discomfort manageable.

This past June I then had a huge spike in back and glute pain, to the point of having difficulty walking around. My own physical therapist, whom I work very closely with, ended up ordering imaging, as we were concerned about having developed a stress reaction. The results were a bit more shocking and led to my most current diagnosis of ankylosing spondylitis. AS is a progressive inflammatory arthritis disorder- which in a lot of ways is very scary. But it accounts for an incredible number of symptoms over at least 5 years. After going through a solid existential crisis for a few weeks, I’ve come around to being grateful that we’ve gotten to the root cause of things and will be starting treatment very shortly.

Through all of these struggles, the most important thing that I’ve learned is how important it is to advocate for yourself in the healthcare system, especially as a female runner. To be clear- I think there are a lot of spectacular health care providers in this country. But the healthcare system values volume and profitability more than patient care, making it almost impossible to give people the treatment they deserve. Sometimes it takes being the annoying patient that won’t take “just stop running so much” for an answer. Parting thoughts: Based on my experience, I have some advice to all the women out there:

Sammie Lewis lives in Golden, Colorado and is an ultra runner, cyclist, and skier. She and her husband, Gabe, are the founders of Golden Endurance which provides individualized physical therapy, strength training, and coaching services specifically for endurance athletes. Their goal is to keep runners of all levels running at their best.
More From Sammie Lewis