Homepage / Community / Running from the Grief

Running from the Grief 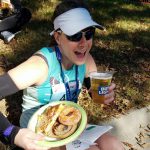 Pam lives in northern Virginia with her cat, Anderson Sheldon Cooper. She works full time at a consulting firm and part time at the local specialty run shop, both of which are fueled by obscene amounts coffee and tacos. A runner since high school, she raced her first trail half in 2011 and will gladly trade the roads for the trails as often as possible. She hopes to run her first ultra in 2017, and one day hopes to tackle the Coastal Challenge.
More From Pam Champlain 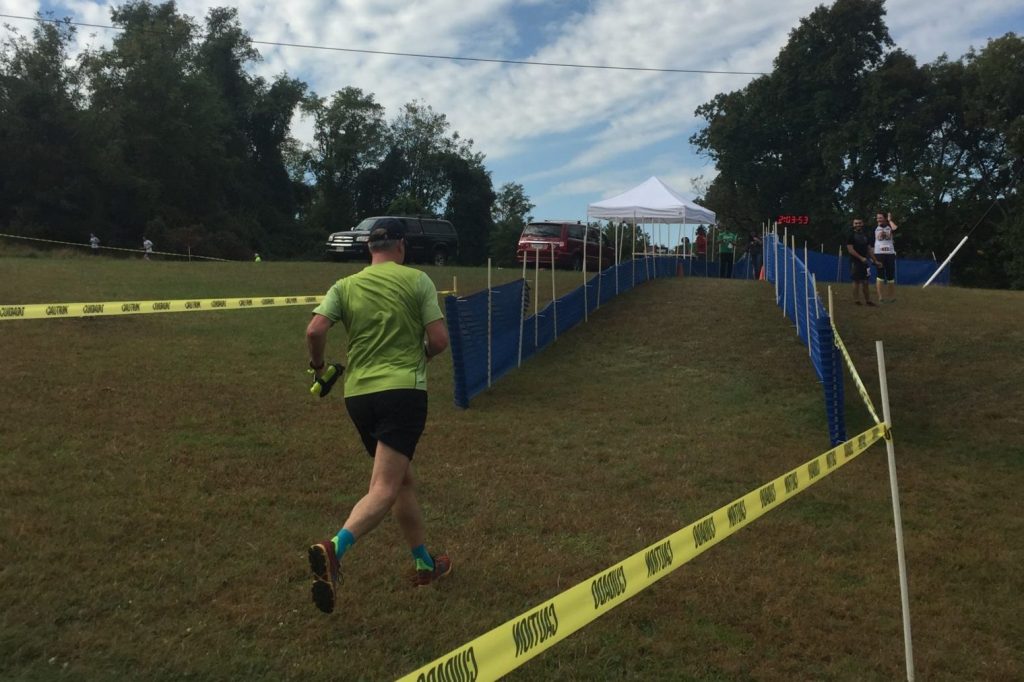 You’ve probably seen that person. The one on television who receives the news of a tragic death and immediately drops to the ground, in public, screaming. I honestly didn’t think people did that in real life. Guess what? They do. At least I did.

On November 15, 2016, the love of my life past away. That is the cold and simple truth. Over a thousand miles away from home, in the blink of an eye, Mark was gone. I try not to think too much about the minutes leading up to and after it happened. Break it down into bits and pieces, really. The image of the phone number that persisted on the screen of my Garmin as I ran in my Virginia neighborhood. The sound of the defibrillator cutting through the other end of the phone in Texas. The cold indifference of the airport terminal floor where I went down.

As runners, we know that our sport is many things. Running as a coping mechanism is nothing new. It might even be how some of you started to run in the first place. But what do you do when your lost loved one was a runner? The man you introduced to the sport? The man who was your favorite running partner? The man who died while he was running? I can’t speak for anyone else, but I laced up my shoes and I ran out the front door.

In the weeks leading up to Mark’s death, my running was not where I wanted it to be. Nagging injuries kept me on a spin bike more often than not, and when I could run it was only for a few minutes at a time. I had become accustomed to a baseline of constant pain. When he died, I stopped caring about physical pain. Grief threatened to drown me and the solution was not sitting still long enough for it to completely submerge me. That baseline was nowhere to be found.

Each of those runs in the first couple of weeks were different and heavily influenced by the events of the day. If the mail included paperwork from the life insurance company, I was sobbing while plodding down the road and back again. When I found out that estranged family members wanted to cut me out of remembrances, I was sprinting through the streets until my lungs would burn and my legs were screaming. When I’d hear a song on the radio from a concert we attended, I’d run a steady pace and recall the concert aloud to him as if he were beside me.

The life that we wove together is evident all over our house. Medal racks, bib numbers, race pictures, running magazines, piles of muddy shoes and dirty clothes. Running was hardly the only love we shared, but it was among the most enduring. It was also the most visible representation of “us” to others. So many family members, friends, and colleagues have shared with me how much Mark loved to run. How something he loved in me became something he loved in himself. They spoke of the pictures he was sharing on social media, the races he’d talk about at the office on Monday mornings, the way our love manifested itself as a fit man who genuinely smiled now when he hadn’t for so long.

What a comfort to hear those words. To know that every mile wasn’t just a memory for us, but for everyone who knew and loved Mark as well. I was starting to believe I’d lost my stride in this sport, until running broke me open when I was breaking down. I have started to train for a race that I know we would have done together. I spend time on our favorite trails. I surround myself with people who had run with us. Has running changed for me now? Irreversibly so.

This is the gift of running through grief. On those solo runs I have space to experience how I’m truly feeling. When the loneliness borders on unbearable, there are people ready to lace up and head out with me. We don’t even have to say a word. If I’ve learned nothing else about grief, it’s that the experience is the ultimate test of human endurance. Each day is measured minute by minute, hour by hour. Through running I persevere one step at a time.

Pam lives in northern Virginia with her cat, Anderson Sheldon Cooper. She works full time at a consulting firm and part time at the local specialty run shop, both of which are fueled by obscene amounts coffee and tacos. A runner since high school, she raced her first trail half in 2011 and will gladly trade the roads for the trails as often as possible. She hopes to run her first ultra in 2017, and one day hopes to tackle the Coastal Challenge.
More From Pam Champlain