Homepage / Community / Numbers Game: A Reflection on How Uplifting and Defeating 26.2 Can Be

Numbers Game: A Reflection on How Uplifting and Defeating 26.2 Can Be 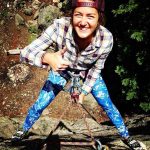 Born and raised in Denver, CO, Lauren loves the mountains, running, and good food- all things that bring us together. After graduating high school, she headed to Iowa for college where competitive running captured her heart. A few years ago, she moved back to Denver after several years in Iowa and the running community has eased that transition- it’s an awesome thing!
More From Lauren Keller 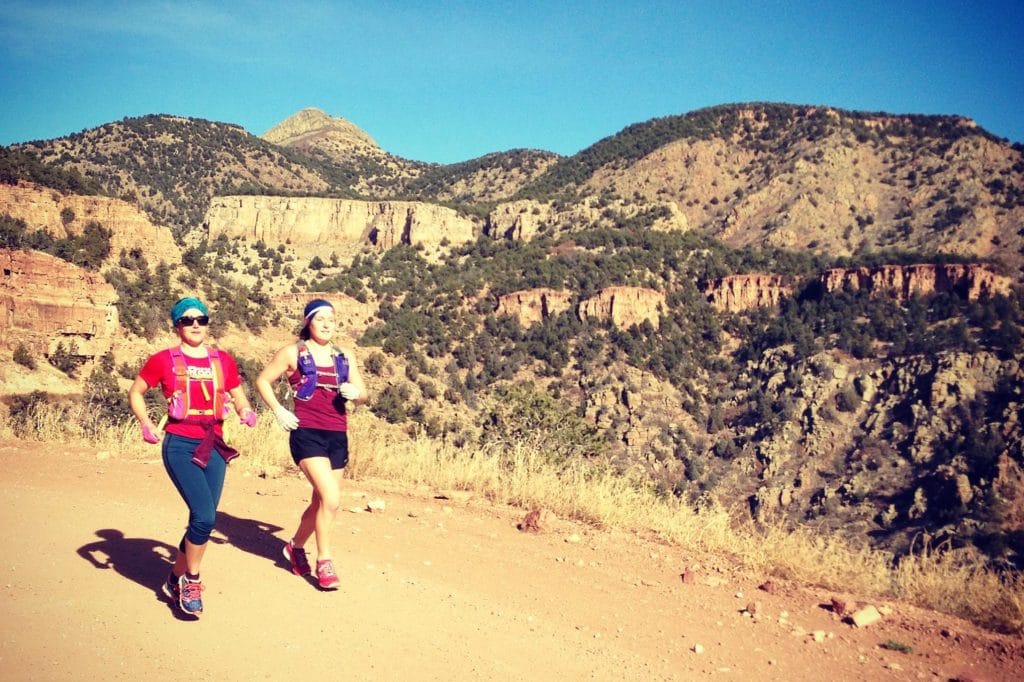 It’s been a year since I crossed the finish line of the Boston Marathon. When I finished, I started sobbing in utter defeat. What I would learn several months later through blood work would shed light on the horrible race I had. But, in the moment, that day in Boston- April 18, 2016- I had failed.

Rewind back to when I decided to try my hand at racing anything longer than 10K and half marathon: winter of 2014 I planned to race Grandmas Marathon in Duluth, Minnesota the following June. Through training, my body responded well to workouts, long tempo runs, and generally the most mileage I had ever done in my life. I was fit and ready to race. Grandmas rolled around and I had a great day. I ran hard and finished with a time I was proud of. I thought, I can do this marathon thing. Qualifying for Boston that day made it an obvious next marathon choice. My plan was to spend the rest of 2015 running on trails and then head to Boston in April 2016 for my second marathon.

My streak of strong running started to become sparse. Starting with a long run on New Years Day in 2016 where my legs felt heavy and my body tired, I would have several runs like this through the spring leading up to Boston. What was I doing differently? Was I overtraining? Was I overthinking? I thought I was doing everything right. I even had a coach this time- my former college coach and dear friend was planning my workouts and tempo runs, setting my mileage, and supporting me in an effort to PR in Boston.

My mindset going into Boston training that spring was pretty simple: I wanted to PR. I felt like my first marathon training and race came pretty easily. I stayed healthy, worked hard, and had a great race with a lot left in the tank (mentally and physically). So, the idea of working toward a marathon PR at Boston seemed within reason to me. I reminded myself, hey, I got this marathon thing.

The Boston Marathon is like the Super Bowl of marathons. There is so much hype and excitement surrounding the race; it’s surreal to experience first hand. The city welcomed us and hosted an incredible event, the fan support and cheering and posters were unlike anything I have ever experienced before at a race, the flowers and trees were in full bloom. I met so many people from around the world and around our country with unique stories of what brought them to Boston and why they were running. The energy was unparalleled and the passion for the sport of distance running was overflowing.

Race day was hot- roughly 75 degrees at the start; about 20 degrees too hot for a marathon in my opinion. I crossed the starting line in Hopkinton and began my journey for Boston. I knew at about 10K that something was off. My legs were heavy, my running was labored, and my mind quickly spiraled down to the negative place I never wanted to be in a race. I was 6 miles in and I thought how the heck am I going to make it another 20?

I wasn’t able to pull it together that day. In a short time, it felt like my control and all of my hard work put into that race just melted away on the hot pavement. I totally crumbled and, eventually, crossed the finish line roughly 45 minutes longer than the PR I had hoped for. I was devastated. In the moment, I couldn’t feel happy that I had even crossed the finish line of that race; something I realize many people only dream of doing.

In the months after Boston, I did several things. I took time off from running. Strangely, I still didn’t feel that good. When I returned to running, I stuck mostly to the trails and didn’t wear my watch. I did a lot of yoga. I talked with runner girlfriends and trail sisters to help in processing the whole experience. I did a lot of deep reflection on my own. A good friend shared this quote that I would meditate on often: Embrace your own victor, and you will gain affinity for it. I ultimately needed to process these ideas: 1.) I potentially set an unrealistic expectation for myself 2.) I didn’t listen to my body enough through the training cycle and 3.) I eventually needed to stop grieving the race and move on to be better in the future. But there was more.

Later on that year, after more time of not feeling my best health-wise, I had a series of blood tests done. They revealed I was not anemic. I was not deficient in vitamin D or B12. I was, however, recovering from the Epstein-Barr Virus (EBV), which often causes mononucleosis. Chances are I struggled with mono for most of the year and this really played a part in my running. I could not believe this news! This certainly shed a bright light on my bad day at Boston, and the numerous ups and downs I had after. But, it didn’t make the year any easier. It didn’t wipe away the struggle. It didn’t change any of the lessons I had processed and the growth I tried to make as a distance runner. But this diagnosis did add its own important lessons to my journey.

As runners, as athletes (competitive and non competitive), we put so much time and energy into our passion. I believe with this time and energy comes a natural expectation that we will perform come race day. It’s easy to put a lot of pressure on ourselves and that can carry weight. In competition, this pressure can help us perform to our utmost potential. Yet, it can be damaging as well. I know this now. In my drive for a marathon PR at Boston, I could have listened more carefully to what my body was telling me. And we owe it to ourselves as Trail Sisters to do this, to listen closely to our bodies. And to maintain a clear head in our training and competition about how we are doing.

Perhaps, the primary lesson I may have stumbled into is to simply remember why we’re out there day after day: to relish in the natural journey, the beauty of trails, and the companionship of our training partners.

Someday, I will get back to Boston and have a great day on that course.

Born and raised in Denver, CO, I love the mountains, running, and good food- all things that bring us together. After graduating high school, I headed to Iowa for college where competitive running captured my heart.  The rugged woodland trails and rolling gravels were a beautiful setting to make best girlfriends. A few years ago, I moved back to Denver after several years in Iowa and the running community has eased that transition- it’s an awesome thing! When I am not out running on the roads or trails, I can be found rocking climbing with my husband, cruisin’ on a bike, or enjoying a good meal with friends. I definitely believe community makes us stronger- Trail Sisters unite!

Born and raised in Denver, CO, Lauren loves the mountains, running, and good food- all things that bring us together. After graduating high school, she headed to Iowa for college where competitive running captured her heart. A few years ago, she moved back to Denver after several years in Iowa and the running community has eased that transition- it’s an awesome thing!
More From Lauren Keller