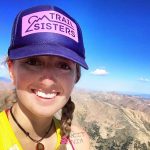 Katelynn is a trail and ultra runner and ultra cyclist living in Ithaca, NY. She works at Cornell University and plays (runs) in the beautiful gorges of the Finger Lakes Region. She is a mother to a outdoor loving, messy haired little girl.
More From Katelynn Wagner 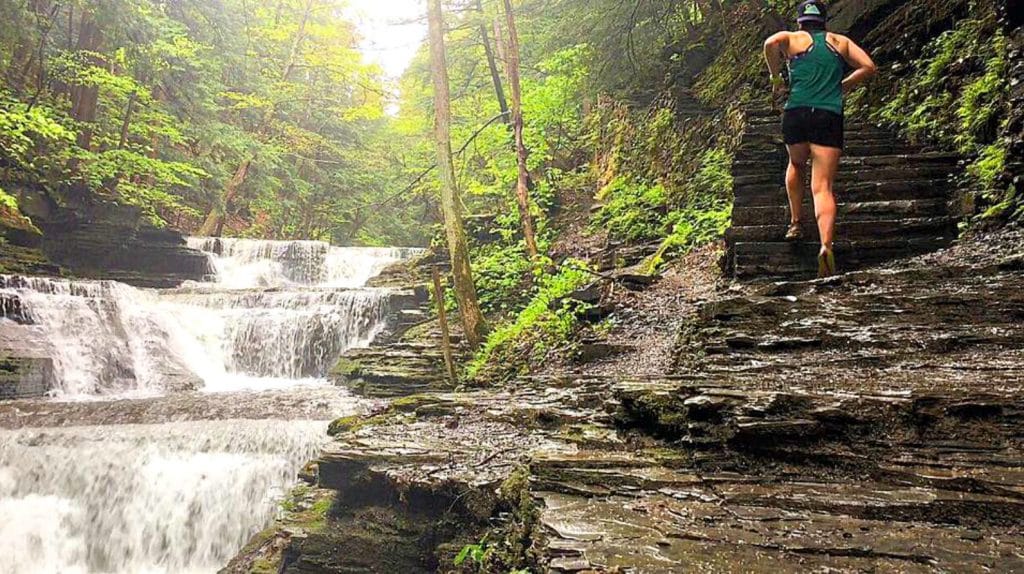 Ultra-running is my thing, I identify as a trail runner, my friends and family describe me as a (crazy) runner, and I honestly don’t know what I would do without running in my life in some capacity. I am constantly trying to get the people around me to “drink the Kool-Aid” and hit the trails. Telling them, how amazing it is and of all the breathtaking highs it brings to my life. However, something that I feel we as runners rarely talk about are the bad days. The days our mind and body are working together to form a resistance, when the mountain trails bring us to our knees and humble us.

I hit one of these days head on recently; I was crying before my shoes even hit the dirt. Having done 20 miles the day before and with another 25 on my schedule that day, I was far from motivated. I had a cold, it was 37⁰, raining, and once I got to the trailhead, the trail I had planned to run was closed for some unknown reason. The closest option B was all the way across town, so I hauled my grumpy rump to the other trail that I knew would be open. What was supposed to be a beautiful new out and back route was now going to be running laps on a 6.75-mile loop in the pouring freezing rain.

As I was approaching the road for the other trailhead, I started to see detour signs. Sure enough, the road leading to the trailhead was closed due to construction. I pulled over to see if I could find a different place to park and connect. Finally, after 10 min of google magic I figured out where to park and hike into the wilderness area to meet up with the trail. At this point, I had lost an hour of trail time, would have to cut my run short of my goal and didn’t even want to fool with it. I forced myself out into the sideways rain and headed towards the trail. The first few miles I sulked and stomped arguing with myself to keep moving away from the car.

The thing with running a multi lap course is that the temptation to drop comes around every time you pass the car, and gets stronger with each lap. The second and third laps were the slowest I had moved in months. The three big climbs throughout the loop were all rivers of cold flowing mud; I may as well have been trying to climb up a slip-n-slide covered in baby oil. Curse words flew every direction and I wanted nothing more than to throw my running shoes down into the rushing gorge and watch them wash away.

Once I had finished, the realization hit me that this was the best thing that could have happened for my training. Training and racing (and life in general) don’t always go as planned. Trails are closed, colds are caught, rain blows in sideways, and temperatures drop. All these things break up our ideas of how our training or race should progress, and that is okay. I wanted to get in 25 miles on a new exciting trail that would have kept me mentally engaged the entire time. Instead, I got 20 miles on a trail that I had run so many times in the past month, just the thought of hitting it again made me want to go back to bed. This run had pushed the mental part of my training way more than the physical. We all know that in the later miles of ultra-marathons, the mental aspect is what will make or break you, so unfortunately training like this is a good thing in the long run (pun intended.) I had so many moments during that run that made me want to call it early and stop when I passed by the car, but I knew in the back of my mind that it wasn’t an option if I wanted to be the best version of myself on race day.

Katelynn is a trail and ultra runner and ultra cyclist living in Ithaca, NY. She works at Cornell University and plays (runs) in the beautiful gorges of the Finger Lakes Region. She is a mother to a outdoor loving, messy haired little girl.
More From Katelynn Wagner