Homepage / Community / To Strive Together 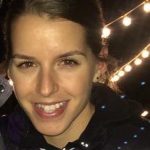 Sandi is a MUT runner currently residing in the mountains of Colorado. She’s a running coach and one of the co-founders of SageRunning.com. She has won races ranging from a 5 mile road race to 100 mile mountain ultra. When she’s not running you can find her reading, rollerblading, following curiosity, or rolled up in trying to make another crazy idea come to life.
More From Sandi Nypaver 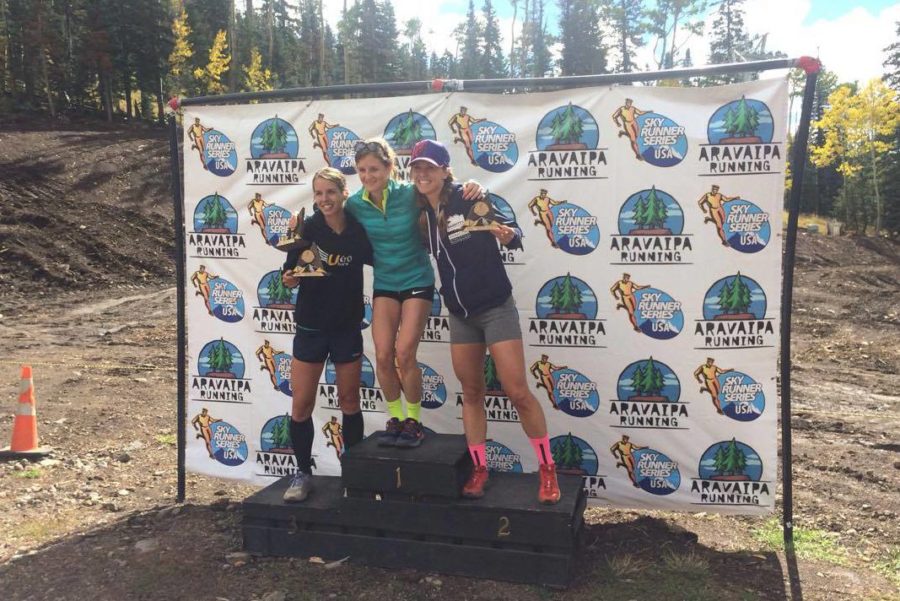 By: Sandi Nypaver
There she was! Finally! After recklessly bombing down from 13,000 feet back to 9,000 feet, I was closing in on the 3rd place woman. I was in 4th place with a half mile to go and wanted that spot on the podium. I made my move and pulled ahead by a few feet. Normally that’s all it takes to pass someone so late in a race, but not this time. I was in 3rd place for only a few seconds before I saw her kick it into a higher gear. I tried my best to match it, but I couldn’t. I followed closely behind her all the way to the finish, running myself into the most pain I have ever been in at the end of the race, only to finish 4th by 8 seconds. Watching her find that extra little strength to the finish was one of the most beautiful running moments I had ever been part of. Together, we had gotten the most we could out of each other that final half mile. To me, that’s what racing is all about.
The current definition of compete, the one that everyone knows, is “to strive against another or others to attain a goal, such as an advantage or victory.” What most people don’t know is that the word compete stems from the Latin word competere, which means “to seek or strive together”.  To strive against another or to strive together is a choice. Personally, I get the best out of myself when I’m working with others during a race, encouraging them to stay strong when the pain sets in. In return I have others to do the same for me and I couldn’t be more grateful. What I’ve learned in the past year is that it also makes racing a heckuva lot more fun! It transforms running from a solo endeavor to having every athlete out there as a team member.
Viewing a race as a way of “seeking or striving together” didn’t come naturally for me and I’m guessing there’s at least a few others that could relate. From elementary school to college, I remember moments on all of my basketball teams where people would make fun of girls on the other team. It seemed like attacking personal appearances was a way of saying “I’m better than you on and off the court.” It didn’t matter how nice the girls on the other team were in reality. If they had on a different jersey, they were the enemy. If an adult thought this attitude was wrong, nothing was ever said. Who could blame us? Our attitude was a direct reflection of what society was teaching us. Gossip and coming up with shallow reasons of why we were better than someone else seems to be supported by the media. I wish I could say I saw this attitude stop when I became a runner as an adult, but the gossip and rude remarks never ended. I’ve even learned to avoid reading through comments on running articles or youtube comments from running videos. However, as I mentioned above, we always have a choice in how we want to view things. If we want competing to mean “to seek or strive together” we can make that happen. If we want young girls to see it that way too, then let’s lead by example.
About a month ago I was running the Flagstaff Sky Race 39k, crawling up the side of a mountain. Literally crawling on all fours!  I look below and see one woman. I look up and see two women up ahead. It’s around mile 23 and we’re all somewhere around the final quarter mile of a steep climb before a quick, quad busting downhill to the finish. 23 miles and over 8,000ft of climbing and there we all were, breathing down each other’s backs. A smile came to my face. This was special. This was making women’s mountain running exciting. If I had looked and saw no one that late in a race, I may have simply done what I could to maintain my position. Thankfully, that wasn’t the case. These women were going to make me work for it! Once again, I found myself in pain, digging deep for any strength I could muster. My trail sisters and I were showing each other we can get way more out of ourselves when we seek and strive together.

Sandi is a MUT runner currently residing in the mountains of Colorado. She’s a running coach and one of the co-founders of SageRunning.com. She has won races ranging from a 5 mile road race to 100 mile mountain ultra. When she’s not running you can find her reading, rollerblading, following curiosity, or rolled up in trying to make another crazy idea come to life.
More From Sandi Nypaver