Homepage / Community / Ego and Safety in the Backcountry

Ego and Safety in the Backcountry 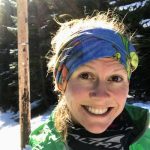 Jessie lives in Seattle, Washington, but only because she has to make money somehow. Whenever she can, she gets out of the city and into the mountains with her husband or her trail buddies. She is passionate about sustainability, and loves good food, good wine, and a good rooftop in the summertime. Jessie’s superpower is finding four-leaf clovers, sometimes in the middle of races, when she feels compelled to carry them to the next aid station for good luck (with varied results).
More From Jessie McClurg 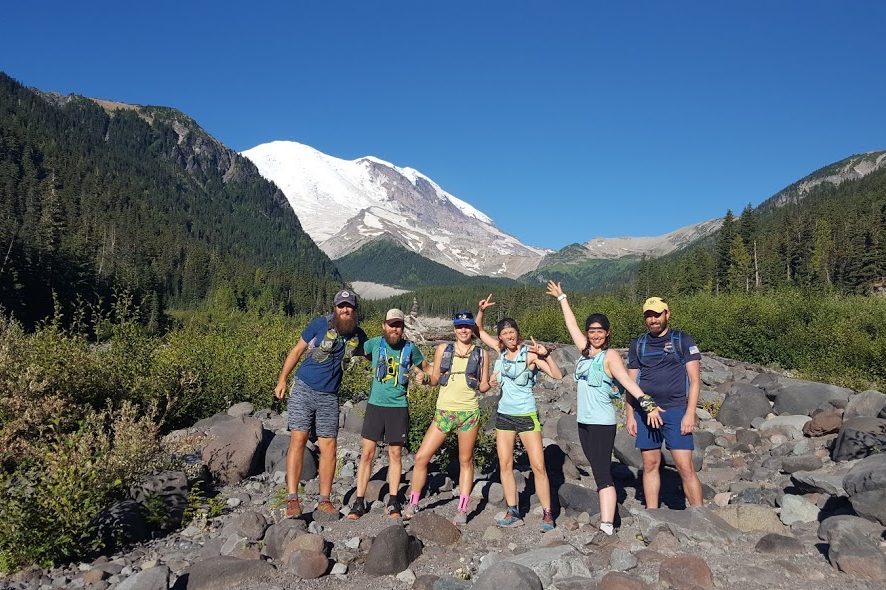 At about mile ten of our third and final day in the Mount Rainier backcountry, we stopped at a waterfall. Rob* walked straight into the pool of ice cold water and stuck his head under the stream of water, clothes and shoes still on.

See, this was not the first time I had seen Rob show these signs of upcoming trouble. In fact, it was not the second time I had seen it. Rob had shown over and over again that this was a recurring issue, and he had never taken what I considered to be reasonable steps to address it.

“How are you feeling?” I asked, trying to weasel a bit of information out of him.

“Fine!” He said, his voice strained. “Just trying to stay cool so that I don’t start to feel sick!”

But of course, it was too late. And we could all see it. The white face tinged with green, the change in his voice, the abrupt change in his pace heading up the massive uphills, his avoidance of food and water. Alarm bells were ringing left and right, but here we were, ten miles into a remote and dangerous section of trail, with 16 left to go.

Fortunately, Rob was with a group of four experienced women who had created contingency plans for just such an occasion. After a lengthy discussion, we made the difficult decision to execute one of our emergency procedures and split up at mile 15, sending one group ahead to alert our crew, and leaving one woman with Rob to get him through the next eight miles to the nearest car access point.

Our emergency plan worked: we got Rob to the car and were able to finish our goal, though certainly not in the time we had hoped. But despite our eventual success, I was infuriated the remainder of the day, even long after we finished our run. This one person had endangered not only our goal for the day, but very realistically had endangered the lives of several people with him. He was so intent on running with us that he could not set aside his ego and see that he was undertrained and unprepared for this effort. This would be a minor annoyance on an average trail run, but is absolutely unacceptable when you are about to spend a full day on remote and dangerous trails. It’s also terribly unfair to the rest of the group, especially the one who drew the short straw and had to coax his sorry ass through the mountains.

The day before, only three of us (all women) had planned on hitting the trails for what was to be our biggest, hilliest, most remote day. Ten minutes down the trail, one of our trail sisters stopped suddenly. Fighting back tears, she told us that her knee was not feeling solid, and although it broke her heart, she couldn’t stand the thought of endangering us and our goal for the day. She turned back and joined our crew, and the remaining two of us set out and had a solid, successful day. Our trail sister’s humility and unselfishness allowed us to continue on toward our goal, and end the day healthy and strong.

After returning home, I saw a post by another woman saying that she bailed on a big backcountry day with friends because she felt overtired from a huge training weekend the previous week. Once again, I was struck by the introspection and wisdom shown by a female trail runner: safety and health first, for herself as well as her companions.

Of course, I don’t mean to suggest that women could not make these same ego-driven decisions and mistakes. However, it seems that in our culture, men are expected to “tough it out” or “man up” or, my least favorite, avoid getting “chicked.” The mentality of “if SHE can do it, I can do it” is toxic masculinity at its worst, even among these men who I respect and see, generally, as allies. Rob is someone that I like as a person and as a friend, and it shocks me to think that something inside him feels the need to prove himself in some way, which has – time and again – put me and others at risk.

What’s probably most hurtful has been his lack of humility following the disastrous day we had together. No sheepishness, no apologies, no thanks to the woman who stuck by his side as he trudged and paused and trudged and paused. As women, we often feel obligated to take care of others at their time of need and eschew our own needs in those moments. I had hoped that after such a tedious day, his ego would be bruised; instead, his attitude following the run showed that his pride was intact, and that he would likely continue to make the same mistake again and again.

It probably goes without saying that I will not be running with Rob again. But this experience has absolutely reinforced the importance of trust among trail friends, especially on secluded trails. And there is no one I trust more than my fellow trail sisters, who have repeatedly proven to me that they are able to self-assess, make unselfish decisions, and stay cool during emergency situations.

It just may be that all my future backcountry group adventures will be women-only. Doesn’t sound so bad, really.

Jessie lives in Seattle, Washington, but only because she has to make money somehow. Whenever she can, she gets out of the city and into the mountains with her husband or her trail buddies. She is passionate about sustainability, and loves good food, good wine, and a good rooftop in the summertime. Jessie’s superpower is finding four-leaf clovers, sometimes in the middle of races, when she feels compelled to carry them to the next aid station for good luck (with varied results).
More From Jessie McClurg