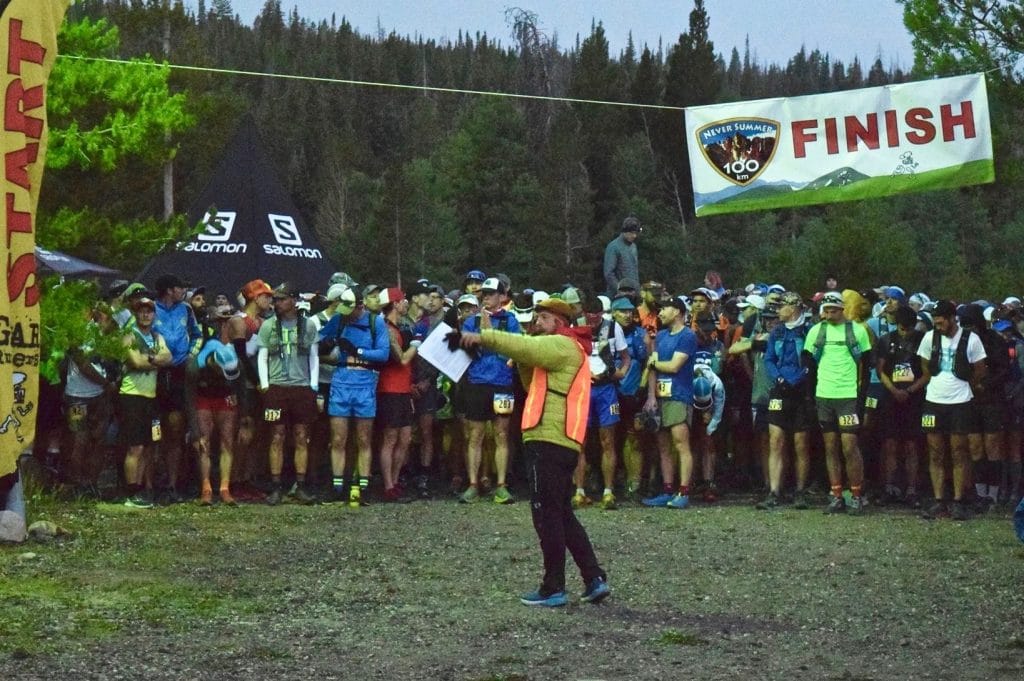 What can races do so they might be more inclusive of women and therefore attract more participation from women runners?

This summer, in particular, there was an uproar on social media over races awarding more of their male top finishers than female top finishers (Vermont 100, Migu Skyrunner Olympus Marathon, MaXi-Race France & World, International Veia Sky Race), races forcing women to run a shorter distance than men (WRMA), and race coverage being more focused on the men’s field verses the women’s (UTMB’s live race coverage with the exception of the few hours when Rory Bosio joined the live coverage and rocked it!). I wish it weren’t but this summer wasn’t unusual in this regard.

I constantly hear race organizers (even those tangled in controversy) state they they would love to see an increase in women’s participating at their event. But do they actually do anything to boost their female participation numbers? Beyond simply equaling their prizes and recognition, I’d like to offer a few actions for races to consider with the intent to create an environment that is inclusive of its female customer-base, by recognizing that the male body is not the default body of a runner and by honoring the fact that the women’s race is not a sub-category of the men’s race. Since we all recognize that race directing is a business, none of these suggestions would cost race organizers anything to implement!

The male body is not the default body of a runner.

Here are a few simple ways that a race can explicitly acknowledge that women’s bodies are different than men’s bodies and yet capable of the same feats.

If a race provides t-shirts to participants or finishers they should offer both men’s and women’s sizes. My excitement for running the Aspen Backcountry Trail Marathon back in 2012 and the Pikes Peak Ascent in 2013 was deflated when I was handed a men’s size S. At the time, they did not offer any women’s specific sizes. Men’s sizes are not “unisex.” If there are financial constraints to providing two different styles of shirts, then don’t provide shirts at all – give everyone a gender-free mug!

Even if this only applies to a small percentage of women, this kind of policy recognizes that men can participate in a race regardless of impending parenthood while most women cannot. Western States made headlines this year by announcing an explicit pregnancy deferral policy which is intended “to allow women with accrued lottery tickets who become pregnant prior to the lottery to skip up to three lottery cycles and maintain their consecutive lottery status.” Women who have run qualifying races year after year in order to continue entering the lottery in the hopes of one day having the chance to run the race would have to start back at 0 if they missed a qualifying race due to pregnancy. This obviously means that less women will ever get the chance to run the race. UTMB, which also has difficult qualification standards and a lottery process, has come under criticism for not allowing a race deferral for pregnancy. They do allow priority registration for the same race in the future if the runner has a non-chronic osteo-articular or muscular injury. I have heard the UTMB race organizers argue that becoming pregnant is a choice, while sustaining a running injury is not. UTMB does, however, offer race registration refund if a runner can no longer participate due to pregnancy or childbirth.

In light of the viral photo of Sophie Power breastfeeding her baby while running UTMB, Cat Bradley’s feature of Erin Shaw breastfeeding while running the Bear 100M this year, and since I and countless other women have had to calculate the logistics of breastfeeding while ultra running, races can easily & explicitly support nursing mothers. Where a race states on its website what will be offered at the aid stations (bananas, port-a-potties, hot soup, etc), races could signal where there might be a generator or outlet that a female participant could use to plug in her breast pump. This would enable her to complete the race without compromising her ability to provide breastmilk for her baby.

The women’s race is not a sub-category of the men’s race.

Any race that allows men and women to participate are in essence running two separate races at the same time. With that in mind, here are a few ways race organizers could present the two races separately and equally:

Most races list their race results in order of overall finishers and some offer the option of filtering the results by male/female category. I propose that races should default to presenting male & female race results separately and side-by-side. When races results are listed cumulatively, the top few names will usually be male. The first place male gets to be the very first name you see while the first place female’s name is buried in the list among a bunch of other names.

[Example: The race results page for this year’s Bear Chase race series lists the top 5 overall finishers for each distance meaning that you won’t see very many women’s names unless you go the extra step of filtering specifically for the women’s race. Furthermore, women’s 50K race winner, Kim Dobson, is listed as 3rd instead of 1st place like the men’s race winner.]

Enable women to line up at the front of the race start.

Take a look at race start photos, do you see any women on the starting line? The fastest women are usually tucked in further back amongst the crowd of men. Of course, no one is forcing the women to line up further back & most races don’t seed the start line, but the reality is that men will push their way to the front regardless of whether or not they should be starting up there. I can’t tell you how many men literally elbowed me in the face to make sure they were 5cm ahead of me at the starting line of UTMB. Therefore, races should split the start line into two halves so that women have the opportunity to start at the very front and amongst their own competitors. A guy with an ego will complain that a woman who is slower than he should not start “ahead” of him. What he fails to realize is that it doesn’t matter whether or not she’s faster than him. She’s not racing him. Her speed relative to his is irrelevant. The women’s race should not be compromised by having to navigate a stampede at the start when the lead men do not have this obstacle. Women miss the camaraderie of lining up shoulder-to-shoulder with their (female) competitors in the way that the men do. I have often been unable to see any women runners and give them a good luck hug at a race start because I’m drowning in a sea of men. Allowing women to have their own start line honors the fact that they are running their own race.

Open equal spots for men and women to register.

If the race participation is capped at 200 people total, races could open up 100 spots for the men’s race and 100 spots for the women’s race, with waitlists for both races. Similarly, if a female entrant gives up her spot, the race should fill it from the female waitlist. If the women’s waitlist is exhausted, then the remaining spots can be opened up to the men’s race, and vice versa, so that the race is able to accomplish its goal of selling out.

Schedule the race start so both race winners finish before dark.

Many race organizers schedule the start of the race to enable the lead man to race the sun to the finish. These races neglect to consider the finishing time of the lead woman. UTMB’s 5pm start and Leadville’s 4am start mean that the first man finishes before sunset while the crowds and cameras are out in full force. Hours later, the first woman will finish in total darkness to noticeably less cheers and media. Wherever logistically possible races should consider changing their start time so that the both the first male and first female have the opportunity to finish before dark.

Feature photos of female participants on a race website.

Scan the media on a given race website or social media. Are the featured photos primarily of men? Races should make an effort to feature photos of the female runners. Visual media is a powerful influencer. A woman searching to sign up for a race will notice the photos of women and will likely be motivated to sign up for a race that showcases women!

[Example: The Run Rabbit Run race website currently has 4 photos that automatically rotate through their homepage banner. Two photos feature just 1 runner and she is a woman in both photos. The other 2 photos show several runners both male and female.]

My suggestions are not meant to upset race organizers or male racers. I’m not asking them to consider “special treatment” of women. My goal is simply to offer women an equal & equitable place at the table.

What ideas do you have to help grow women’s participation at races?