Homepage / Community / The Runner’s Why 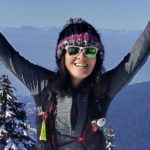 Kristine Chew lives in Vancouver, British Columbia where the mountains are her playground. She ran her first marathon in 2007 and ran a lot of road races before turning to the trails and was bitten by the ultra running bug. One day, she hopes to run 100 miles. Besides running, she especially loves coffee, sunrises and her young nieces. While she lives in the city with her partner, she dreams of a quieter life in a small town. Blog: krisandnotsodeepthoughts.wordpress.com
More From Kristine Chew 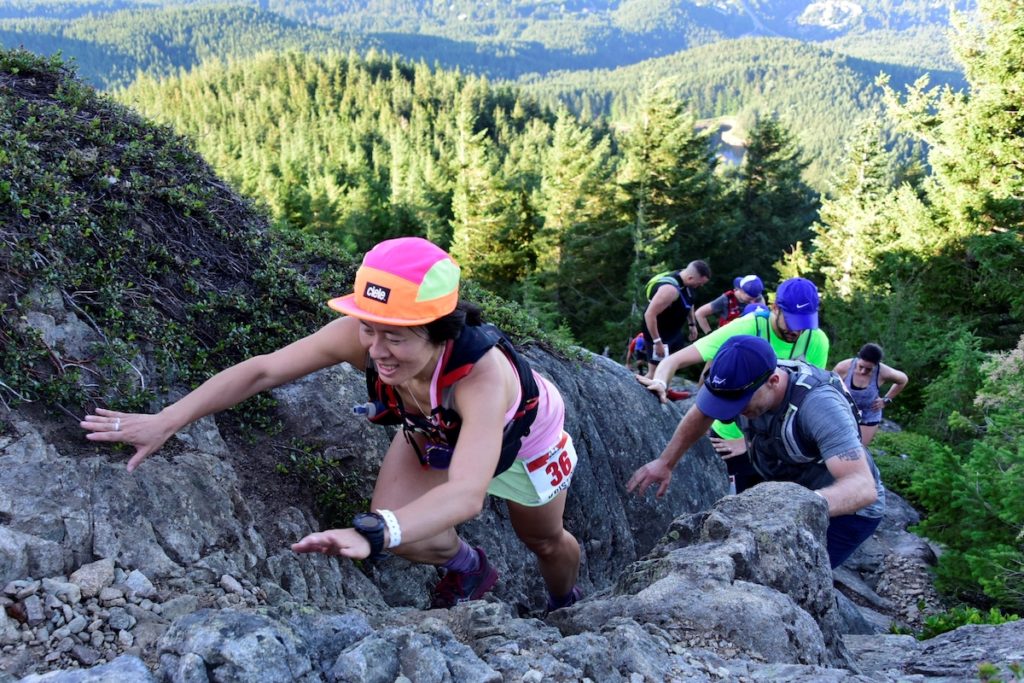 Running has been a part of my life for so long, sometimes I don’t stop to think about the reason why.  I just run.

But on a recent snowy run, as I was bundled up against the sleet and snow, my face frozen and my fingers numb, I started to wonder what possessed me to head out in the first place.  Maybe it was the delicate flakes of falling snow, and visions of a winter wonderland dancing in my head.

As I ran, I quickly realized it wouldn’t be the hoped for magical run. The delicate snowflakes turned into rain and hail.  My legs felt as though they were moving through molasses.  I felt as though I was literally standing still.  My shirt was soaked.  My puffy was not water proof.  In short, I was a mess.  I had inadvertently stepped in a puddle, so my feet were frozen too. Snow, hail and rain was not a pretty sight.

Mid run, I stopped to wring my gloves out.  The thought briefly flitted across my mind.  Why was I doing this? It’s not that bad I told myself. I had certainly run in worse conditions.

Once, I unknowingly ran when it was minus 36 degrees Celsius outside with wind chill factored in.  I cut my run short; even through layers of thermals, wind pants and a balaclava, I could feel the cold against my skin.  I also noted the absence of dog walkers.  I didn’t realize how cold it actually was until I got home. Oops.

Bewildered by my running habits, my partner once asked me: “What drives you?”  In the moment, I didn’t have a satisfactory answer. But his question stuck with me, and upon deeper reflection, here are some of my reasons.

Sure, running undoubtedly has health benefits, as evidence from a multitude of health and fitness articles on running. Maybe a friend talked us into running a “fun” race, or we are drawn to the social aspects of running.  Running can be a great way to expand your social circle and meet new people.  Maybe it is the challenge of running a new-to-you distance that is motivating.   Maybe we run to relieve stress. Sometimes, life leaves us reeling but running can anchor us.

I have run for many of these reasons and more. Running for me has become a way to plant roots and become part of a community. Through running, I have met incredible people, some of whom have become like family. Spending hours running together has a way of building strong bonds which extend well beyond running.

On a deeper level, I run for who I become in the process. Running changes you. The miles become a part of you.  When I run, I become a stronger, more confident person.  I run because I don’t have it all figured out.  Far from it. But in the journey of running, comes growth.  Each running “first,” reminds me that I can do hard things. Be it during a long run or race, I remind myself if I can make it through the rough patches I can handle life’s curveballs.

I run because running gives me perspective.  Running makes hard days better even if all your problems can’t be solved on a given run.

I run because running brings me joy. Few things make me happier than being dirty, sweaty and exhausted after a hard run. The accompanying feeling of elation and euphoria is hard to top. There is something to be said for suffering and the concept of earned rewards. Such as chasing the sunrise on a pre – dawn run while the city slumbers. Or standing on a mountain top knowing your own two legs carried you up.

Sometimes, I run for the finish line swag. I once ran ultramarathons on consecutive days for a coveted blue trucker hat.  That and all the watermelon you could eat. I swore during the race never again, but as runners we sometimes end up eating our words.

I run so I can eat everything not nailed down. During heavy training blocks I can out eat my 6 foot tall significant other.  I am 5 feet on a good day.  He often points out that I eat most of the groceries.  He isn’t wrong.

Why do you run?

Kristine Chew lives in Vancouver, British Columbia where the mountains are her playground. She ran her first marathon in 2007 and ran a lot of road races before turning to the trails and was bitten by the ultra running bug. One day, she hopes to run 100 miles. Besides running, she especially loves coffee, sunrises and her young nieces. While she lives in the city with her partner, she dreams of a quieter life in a small town. Blog: krisandnotsodeepthoughts.wordpress.com
More From Kristine Chew