Homepage / Community / How Medication Made Me a Better Runner

How Medication Made Me a Better Runner 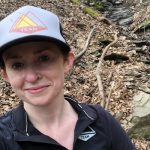 Meg Ringler is a trail runner and communications director living Pittsburgh, PA with her husband/reluctant running partner and their many pets. Though she grew up thinking of the outdoors as “the scary place where bugs live,” she now lives for early mornings, lunchtime escapes and sunset runs in the woods. When she’s not running, Meg can usually be found reading, writing or finding the closest caffeinated beverage.
More From Meg Ringler 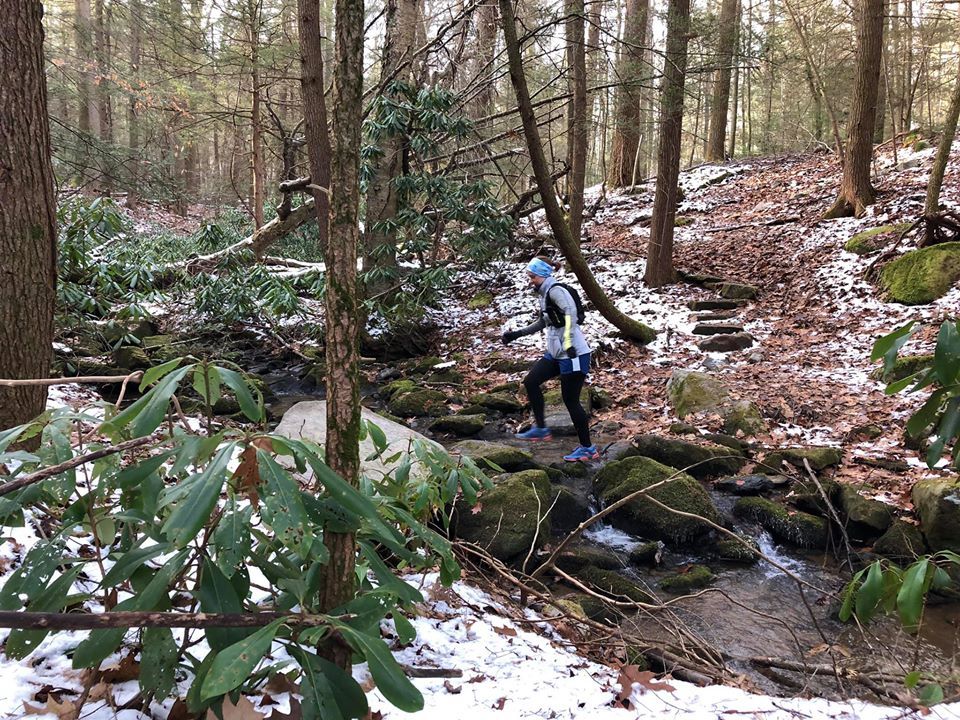 Running is therapy. It’s a common refrain, especially among distance runners, and one that’s backed by science. And nature? Turns out, also pretty great for your mental health. A 2019 article in Science Advances detailed the association between nature experiences, increased psychological well-being and reduced risk of certain mental illnesses.

But what happens when no matter how many miles you rack up or new trails you explore, you’re still struggling?

This was the question I found staring back at me last summer. I was a blissful newlywed and in the honeymoon period of both my marriage and a fantastic new job. I’d given up whiskey and Marlboro reds for endurance exercise two years prior and was heading to pre-dawn spin or boxing classes most mornings. Just as often, I was hitting the trails or pavement after work or with my local run club and Trail Sisters on weekends.

And yet. There was this nagging feeling that something wasn’t right. The adjectives used to compliment me—meticulous, detail-oriented, precise—had negative counterparts—Type A, pedantic, neurotic.

Sure, I reread emails somewhere between two and seventeen times before hitting send. I drove home more than once to check if I had really had blown out that candle. Maybe making a small mistake would leave me feeling like a failure for weeks. And trying out new trails, tackling new distances or meeting up with a new group meant hours spent convincing myself I could do it.

But those were charming peculiarities. The kind of things people joke about on Twitter. I never had days when I couldn’t get out of bed, let alone weeks. I didn’t compulsively scratch my hands until they bled. Suicidal thoughts never entered my mind. I had none of the trademarks of real mental illness.

And I would know. I grew up the only child of a single mother who bravely fought—and still fights—against treatment-resistant major depression, generalized anxiety, and obsessive-compulsive disorders. By the time I was ten I could tell you the differences between mood stabilizers and SSRIs, and could list the side effects of electroshock therapy. And I knew that mental illness is rooted in physical causes, which often require pharmaceutical treatment. While the shortcomings of these drugs are clear—side effects can range from dry mouth and upset stomach to hallucinations and suicidal thoughts—they are lifesavers for many.

So every time I saw a beautiful nature scene with the words, “This is an antidepressant” over it in one of Wes Anderson’s trademark fonts, I felt my jaw tighten. Nature was not going to cure my mom, no, but it should have been enough to slow my nonstop brain and quiet my anxious quirks.

And yet. The unsettled feeling, the waiting for something to go wrong, the need to check the dryer multiple times to make sure one of my cats hadn’t climbed in unnoticed continued, despite my healthy habits. So I set new goals, signed up for new races and bought new trail shoes. I researched and wrote out detailed training plans, both creating structure and forcing myself to spend more time on my feet and outdoors.

When that didn’t work, I decided to see a therapist who specialized in cognitive behavioral therapy. I expected I would get a few tools to help slow my racing thoughts and be on my merry way to happy trails.

Within a few months, I learned my anxiety was laced with OCD, began practicing exposures and wrote scripts to shut down my brain-demons. And after serious PRs in both my summer 5k and my fall half marathon, I decided to sign up not only for my second marathon, but also a summer 50k. Still, as any runner knows, progress is both visible and nonlinear; I discovered the same was true in therapy.

One winter day I stood in the laundry room doorway, begging my cat to take his Prozac. For 45 minutes. If you have ever tried to reason with a cat—let alone one so stubborn he has his own behaviorist and requires medication—you know this is pointless. Nevertheless, she persisted. Except in this case, the “she” was me, and rather than trying to stop the Senate confirmation of a racist man, I was locked in a battle of wits with an ornery feline.

I slid to the floor and started to cry. Despite all of the headway I was making, it was time to admit maybe the cat wasn’t the only one who needed some pharmacological help. After lengthy discussions with my therapist and PCP, we decided it was time to try Zoloft.

A few weeks later, on a wintery Saturday morning, I asked my husband what time he wanted to leave for the basketball game.

“Doesn’t the game start at noon?”

I inhaled sharply as my brain started making calculations. By the time we’d get home, it would be dark. The training run I’d planned to do post-game would now have to be done…well, now. By the time I drove to the park, got in my miles, drove home, showered, dried my hair…I added up the minutes.

And then I stopped.

He looked at me as though that was both obvious and fine, saying, “No problem.”

I pulled on my warmest leggings and a long-sleeve wool top and headed to my car. The sun glared up from the snowy pavement as I drove to the park. I stepped out and heard my Cascadias—a shoe I loved so much I eloped in them—crunch on ice. This run would take even longer than normal. My breath caught in the cold air.

And yet. I found my stride easily on the slight downhill that leads into the woods. I smiled at dogs bounding toward me and the humans on the other end of their leashes. I heard a refrain come into my head—not so much a thought forming as a revelation appearing: This is what it means to be an ultrarunner.

To stop trying to find the time and instead take it by force. To go out when you’re afraid you might fall. To keep running even if you do. To find joy in the simple act of putting one foot in front of the other, however slowly, however cautiously, and to share it with those you meet on the path.

Only a few weeks prior, this moment would not have been possible. Upon realizing I’d gotten the time of the game wrong, I would have frozen, berated myself for failing to double-check earlier and called myself a careless idiot for not planning correctly. I would have sat there, trying to find a solution for so long that I missed not just the run but quite possibly the game.

But now, after months of putting in the work in therapy and giving myself permission to accept the help medication can offer, I was able to quiet the voice in my head that told me I wasn’t good enough, that a minor hiccup meant a wasted day.

I was able to run with lightness, instead of being weighed down by the impossible heaviness of a minuscule mistake. And I ran all the faster for it.

Within weeks from that moment, the world would change in a way that most of us, despite the warnings from scientists, did not—or perhaps more fairly, could not—see coming. Like runners worldwide, I watched as my run clubs went from sharing tips on social distancing to ending group runs in a matter of days. Races were canceled or postponed, including my spring marathon.

We retreated into our homes. Like many, I felt incredibly lucky to be able to work remotely but overwhelmed by the constant pace of it. I started to bargain with myself: “You’ve only missed one long run and a few shorter training runs, you can still do this.”

One skipped long run became two and a few missed runs became ten. What had been my solace had become my stressor. And just like the realization in the woods a few weeks prior—weeks that now felt like a lifetime—the obvious appeared: The world has changed and you need to adapt.

When I told my therapist during our tele-visit, she smiled and said, “It sounds like you’re being kind to yourself. My OCD patients are handling this better than most. This is your baseline.”

It was and is true that my brain and body are accustomed to the constant thrum of low-grade fear, worst-case-scenario thinking and compulsive symptom searching on the internet. For years, I sought to escape by running harder and longer, deeper into the woods and farther away from those parts of myself.

And yet. Through the work of this past year, I’ve learned how much more running can be. Now, I don’t think about speed or distance. I appreciate the immense privilege of adventuring out into nature, if only for a little while. I find tiny wonders and infinite joy all around me and wave from a distance at those out there like me, trying to find a small moment of peace.

Taking medication did not take away my anxiety or compulsive thinking, but it did create space for me to coexist with them and showed me that few things are mutually exclusive. Fear and gratitude, helplessness and action, changing direction in our goals to stay the course on our values—there is room for all of it, especially on the trails. I have no idea what our new normal will look like or when we will find it. But I hope that mine will include running. And thanks to therapy and medication, I’ll be running toward the good things in life, not away from myself.

Meg Ringler is a trail runner and communications director living Pittsburgh, PA with her husband/reluctant running partner and their many pets. Though she grew up thinking of the outdoors as “the scary place where bugs live,” she now lives for early mornings, lunchtime escapes and sunset runs in the woods. When she’s not running, Meg can usually be found reading, writing or finding the closest caffeinated beverage.
More From Meg Ringler