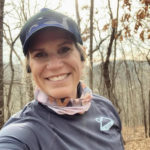 Johnna Norton is a physical therapist who lives in Saint Louis, Missouri with her husband and two daughters. A “later in life” runner, she started trail running in her mid 40’s and is completely hooked! She is passionate about empowering women to take up space on the trails and to use movement as a way to feel good mentally and physically.
More From Johnna Norton 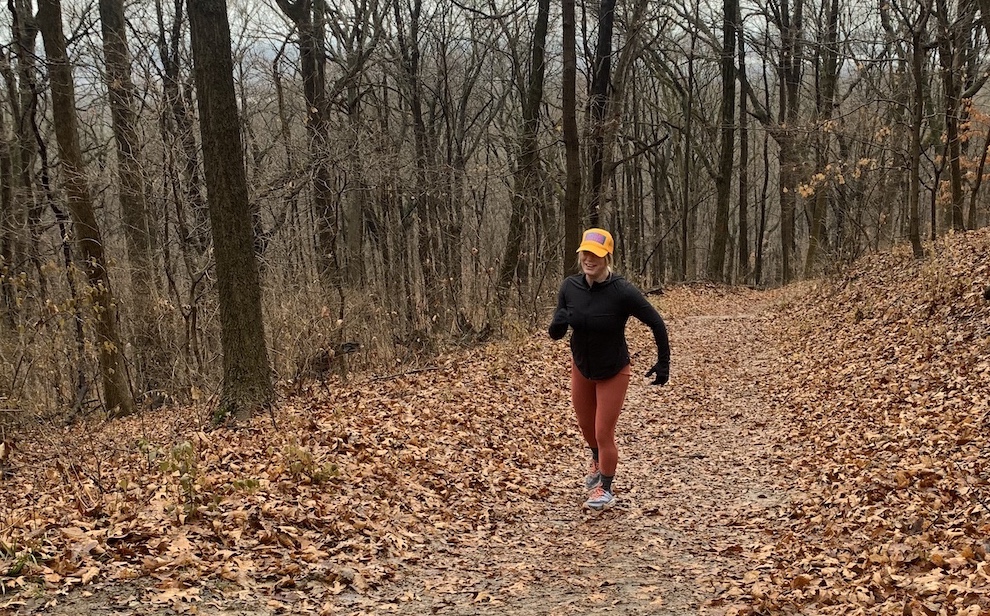 How do you feel when you think about trying something outside of your comfort zone? Something you have never tried before, or something you are not particularly good at? Do you feel excited like — bring it on! Or do you start to get the cold sweats and think of all the reasons why it sounds like a bad, bad idea?

When we were kids, everything was new. Everything was a learning experience- an adventure! Then we became boring grownups with jobs, families, and daily lives. Life became pretty comfortable, almost routine, and the thought of trying new or difficult things becomes more and more intimidating. New and hard things are scary, and we might be bad at them. It is way safer to stick with what we know and what we are already good at. Those things are safe and comfortable. But living, truly living, isn’t always feeling comfortable, right? It is learning, and experiencing, and growing, and accomplishing new things. Life is finding that balance of feeling safe, but also being a little uncomfortable sometimes. Trying something. Doing something…something challenging.

That thing doesn’t have to be grand like climbing Mount Everest, or wrestling pythons in Burma (is that even a thing?) or quitting your job and opening your own business. But it can be, if that’s what gets your blood pumping! It can be anything that makes you a little bit nervous, but excited to try. Like taking a watercolor class, or trying meditation, or taking up running for the first time when you’re in your forties (me).

Let me tell you that I am writing this not only as a suggestion to you, but also a reminder to myself. I’m not a risk-taker. I’m not a thrill-seeker. I like safe. I like comfortable. For me, those challenges outside of my comfort zone are the ones where my subconscious mind says, “Oh no, don’t do that. That’s a bad idea. You should not do that. You’re going to fail.” It takes my rational mind to sit with it (sometimes for a long time), read about it, build up my courage, talk myself out of it, feel scared, and then do it anyway. And I do fail, often, but if it’s something that I’m passionate about, I keep trying. I realized that if I waited until I wasn’t afraid, it was never going to happen. So, I had to learn to be brave and afraid.

Over the past few years, I have been tentatively trying new things like trail running. I didn’t even know about trail running until two years ago. People run in the woods…on purpose? I was a roadrunner. Albeit a late in life, 3-mile max road runner, but a runner, nonetheless. I read about trail running. It seemed scary. It seemed like you needed cool equipment, and you yourself needed to be super cool like maybe grow a beard and wear long socks, but I am not very good at growing beards. So instead, I told myself, “You’re a 40 something year old mom-type who will probably fall and make a fool out of herself?” I couldn’t. But wait. Why not? Those were self-limiting beliefs. I can do hard things. I can do scary things. So, I decided to try it.

I got some trail running shoes (on clearance). I found a local trail, and I went. Beardless and uncool and all. I will never forget those first few steps on the dirt path. I was so nervous. I went slow and careful, and I ran one mile. On dirt! In the woods! I may or may not have even gotten lost. That was over a year ago. Since then, I have gone further. Lately, I have been seeking out new and more challenging trails. That scares and excites me, but no risk no magic, right?

Think about how you feel when you try something you didn’t know you could do.

Okay maybe sometimes a little bit defeated. But that’s when you just keep trying. Keep getting a little bit better. Like me with running. I’ve gotten better, not great, but better. It’s still hard.

What is that thing for you? Is there something that you want to risk to make that magic? Do the thing. Change your narrative. That internal voice that tells you not to try it. Lean into that discomfort. Think of that thing. Maybe something you’ve been thinking about for a while. Maybe it’s trying trail running for the first time, signing up for a 10k or a 50k. Maybe it’s writing an article for a kick-ass group of women trail runners.

As a timid, non-adventurous person, I’m here to gently coax you into the deep end. Playing in the shallow with floaties on is okay, but doing backflips in the deep end is way more fun! Test the waters of something that excites and most likely scares you a little bit, or a lot. It’s okay if you’re scared, apprehensive, and all the other words that mean about the same thing.

On the other side of that thing that scares you, is where growth lives. It’s where the magic lies. It’s being scared and doing it anyway.

Johnna Norton is a physical therapist who lives in Saint Louis, Missouri with her husband and two daughters. A “later in life” runner, she started trail running in her mid 40’s and is completely hooked! She is passionate about empowering women to take up space on the trails and to use movement as a way to feel good mentally and physically.
More From Johnna Norton