The Pelvic Floor: The Missing Puzzle Piece for Pain-Free Running 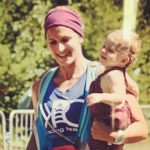 Ashley Dougvillo is Physical Therapist, Certified Manual Therapist and a Certified Running Technique Specialist. She enjoys treating patients at Smith Physical Therapy and Running Academy in Crystal Lake, IL as well as Kenosha, WI. Ashley has a true passion for working with all age levels and abilities, but as both a runner and mother, she has a special interest in treating running-related injuries and women’s health. When she is away from the office, Ashley enjoys trail running, hiking, exploring history and spending time with her family which includes her husband, two girls Sydney and Lucy, and dog Maki. Ashley is always open to questions and you can reach her at [email protected]
More From Ashley Dougvillo 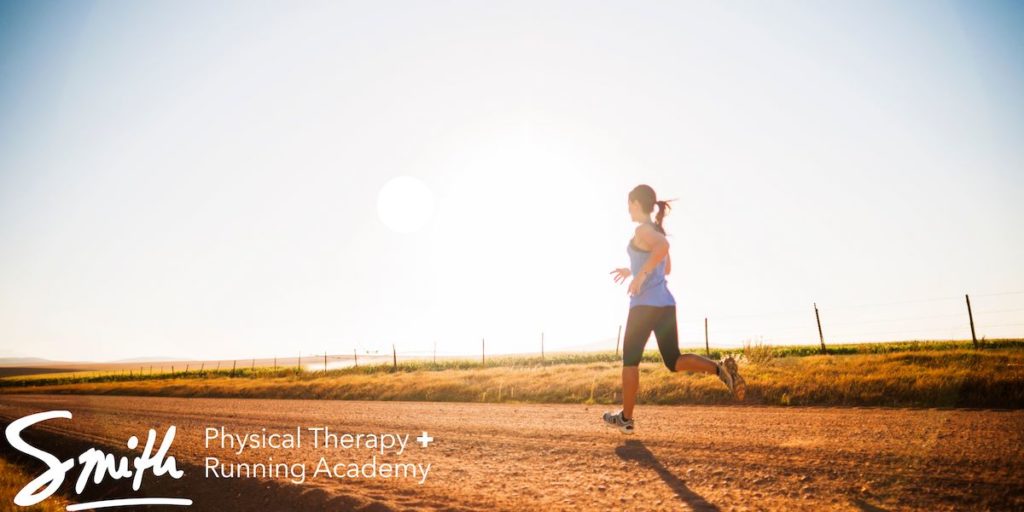 If you were to google running injuries, injuries caused by running, stretches to help with running injuries, pain with running……a myriad of articles, blogs, and stories would likely pop up.  In fact, sometimes the amount of information floating around is overwhelming.  A common area missing however is valuable information on the pelvic floor and the role it plays in injury prevention.

The pelvic floor is a sling of muscles that sits within the pelvic bowl.  These muscles run from pubic bone in front to tailbone in the back and ultimately support the organs and body systems that lie above the sling.

It is important to dive into these symptoms a bit more because the pelvic floor can be elusive.  I had a 44-year-old woman (without a history of pregnancy or childbirth) come to the clinic with reports of ongoing high hamstring pain with running.  She had already undergone a lot of testing and Physical Therapy in the past and was frustrated that she could not run pain free.  She did have a high hamstring strain however, upon further assessment, she also had significant pelvic floor weakness.

The above is an example of how the pelvic floor can be linked with other pathology. It appears quite a few individuals only consider an issue may be underlying their pelvic floor if they have some urinary incontinence.  Even then though it becomes almost a joke or a unifying factor in group conversation.  “Oh yes, I pee a little when I’m running” or “I pee a little, but its only when I stop.”  Another common misconception is that women will only struggle with pelvic floor dysfunction if they have had children, which again, is not the case.  Ultimately, from what I see in the clinic, most women tend to internalize their symptoms or in their words “suck it up” and my hope is that by shining more light on this area, women will feel empowered to take control of their health.

Now there are a myriad of factors that can directly affect pelvic floor function: pregnancy, childbirth, abdominal surgery, pelvic surgery, menopause, irritable bowel syndrome, polycystic ovarian syndrome and endometriosis (to just list a few).  Symptoms can include urinary incontinence, fecal incontinence, the inability to hold back gas, inability to fully empty (bowel or bladder), pelvic pain (with urination, gynecological exams, tampon usage, intercourse, with bowel movements, or just at rest or with activity), pelvic heaviness, the feeling of a tampon or pressure within your vaginal walls, as well as some more common symptoms such as low back pain, hip pain, and high hamstring pain. Whoa, that’s a lot!

A study conducted in 2016 on this issue uncovered a link between hip dysfunction and pelvic floor dysfunction.  The study evidenced that “abnormal movement patterns around the hip and pelvis are present in patients with FAI (femoracetabular impingement).  These movement patterns, associated with FAI syndrome, may lead to pain or dysfunction in other regions, such as the spine, pelvis, posterior hip or abdominal wall” (The Warwick Agreement 2016).  An additional study by Dufuour et all in 2018 found a “high proportion of pelvic floor muscle dysfunction is present among women with lumbopelvic pain.”

Now, at this stage of the article you might be a bit confused and slightly worried about pelvic dysfunction and are wondering how to fix it.  I wish I could tell you that all it takes is simply going home, doing your kegels (pelvic floor strengthening) and calling it a day, but we all know nothing is life is that simple.  As we talked about above, it is not a one size fits all equation and we often, as Physical Therapists, must ask the hard questions and look a bit more in depth at what could be causing the current symptoms.

As a Physical Therapist there are many areas I look at when first evaluating somebody that comes in with one of the above concerns.  I am often looking at how the hip, lumbar spine, sacrum and coccyx are moving together.  I test hip mobility to rule in/out dysfunction as well as look at glut and core strength. Overall flexibility is screened, and balance is assessed as well.  If patient consent is given, an internal exam is performed where we, as therapists, can assess for abnormal tone, any tenderness, as well as overall muscle strength and activation sequencing (for example – does the individual try to squeeze their gluts instead of activating their pelvic floor, etc).  This all ideally takes place in that initial session so that I can formulate a plan to help the individual continue with or work toward her prior (or desired) activity level.  (In an ideal world this would be happening after the 6-to-8-week OB Gyne check post-partum (if a woman has had a child) and/or as soon as a person reports even the smallest of symptoms).

From a treatment standpoint I would first address any mobility issues in the muscles themselves by using some manual therapy.  As a certified manual therapist, I can perform mobilization and manipulation as well as utilize a variety of interventions including tools such as Astym to help restore normal muscle movement. We would then work on breathing strategies, core and pelvic floor strength, as well as include education on nutrition, hydration and posture pending what is found.  In the subsequent sessions I would also be looking at overall running mechanics.

With running I look to make sure that the individual is landing over their own body and not landing ahead. When this occurs (landing ahead), it creates a braking mechanism which leads to pressure traveling up the chain. This can lead to a variety of injuries such as hamstring pain and shin splints, as well as exacerbation of a preexisting dysfunction in the pelvic floor.  The runner pictured below came into the clinic with complaints of chronic left hip/hamstring pain as well as low back pain.   She had very mild and intermittent urinary incontinence.  As can be seen on the picture on the left she was landing ahead of her body, had little to no pull in her trailing leg, and was in slight lumbar extension. This was preventing the more natural fall that we get with running and which is needed for speed.  We addressed these areas, while also addressing her pelvic floor, core, and glut strength. After putting a comprehensive action plan together, she had great improvement in both her running form and overall function as seen in the picture on the right.

The pelvic floor is a HUGE piece of the puzzle!  Being in the world I am in, a lot of what I see is addressing a problem that is already there, and in a lot of cases, has been there for awhile.  In the world of Physical Therapy we are constantly trying to chase the cause of the underlying symptom or functional limitation.  My goal is to change that.  I hope that by educating people to seek out Physical Therapy before a small sign becomes a serious limiting factor, we can help people to stay moving (and running) toward their goals.

Ashley Dougvillo is Physical Therapist, Certified Manual Therapist and a Certified Running Technique Specialist. She enjoys treating patients at Smith Physical Therapy and Running Academy in Crystal Lake, IL as well as Kenosha, WI. Ashley has a true passion for working with all age levels and abilities, but as both a runner and mother, she has a special interest in treating running-related injuries and women’s health. When she is away from the office, Ashley enjoys trail running, hiking, exploring history and spending time with her family which includes her husband, two girls Sydney and Lucy, and dog Maki. Ashley is always open to questions and you can reach her at [email protected]
More From Ashley Dougvillo