Homepage / Community / My Trail to Truth

My Trail to Truth 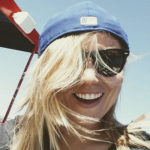 Brief Bio: I prefer lists :) 1. Born and raised in Excelsior Springs, Missouri. 2. Birthday: March 12, 1984 (totally a Pisces). 3. Joined the Navy in March 2003 and still on active duty. 4. Has an amazing 15-year-old daughter, Jaylin Sayers, who is going to change the world. 5. Has lived in Virginia, Nevada, Washington, California, and Italy (thank you Navy). 6. Loves to explore, travel, hike, run, adventure, camp, roam, reading, and deep conversations. 7. Lover of cats, coffee, and music. 8. Complete introvert that must play extrovert sometimes but gets tired from it. 9. Superpowers include overthinking, anxiety queen, forgetting everything, and being incredibly intuitive. 10. Currently resides in Chula Vista, California with her husband, Jeff and their cat, Astro.
More From Carrie Hammond 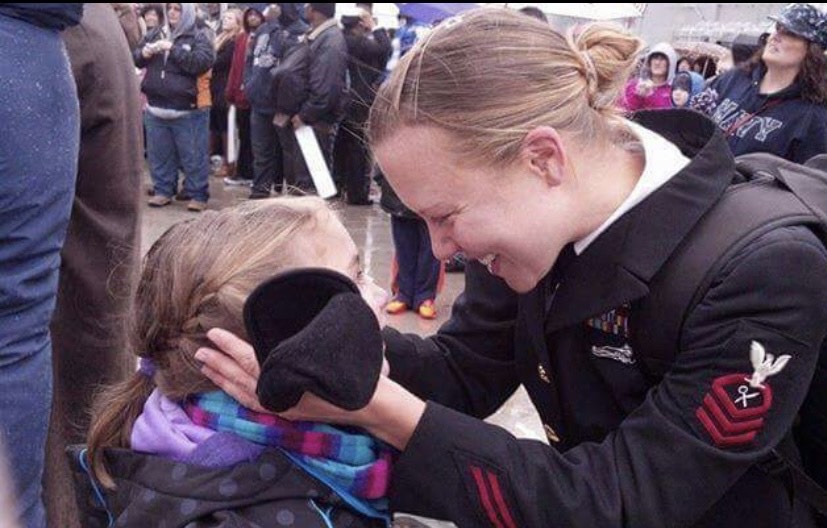 I suppose I should back up slightly and start about 14 years before that moment. There I was… a small-town Missouri girl who had her mid-life crisis at 18. I ran off and joined the Navy. I told everyone after the fact, so many were shocked, including myself. I had developed this deep-seated fear that I was never going to leave Missouri, and it terrified me.

I left for boot camp in March of 2003. I was clueless, scared, excited, and motivated to prove everyone wrong. I graduated boot camp, left for school in Virginia, and got stationed on my first ship in September 2003. The pace of my life had picked up significantly.

In the matter of a year, I had deployed, rented an apartment, and gotten a second job to afford said apartment. My roommate and I scraped pennies and ate lots of cheap pizza and moon pies…which I do not recommend by the way! Between busy ship underways, we were running ourselves ragged. Boys and parties filled most of our free time. Then in January 2006, I learned an important lesson about birth control. You kinda have to take it properly and not with antibiotics in order for them to work.

By May 2006, I was married and having a baby girl. My daughter was born in September of that year and we were being moved to Fallon, Nevada for my job. All of the “plans” that I had for my life were changed in that 9-month time period. I had never planned to stay in the Navy longer than one tour but I was excelling at my job. I was getting promoted and was selected as Sailor of the Year twice while in Fallon. I was good at something. I was doing so great in my professional life and it was addictive. So, I reenlisted and decided that I was going to make a career out of the military.

In 2010, we moved to Naples, Italy and I got promoted to Chief Petty Officer. This is a huge milestone in a Navy career and I had reached this point by my 7th year in the Navy. That is fast, super-fast. I was ecstatic because I was being rewarded for my hard work. What I did a wonderful job of hiding was my private life. My relationship was a disaster and it eventually ended. I found myself alone in a foreign country, divorced, and childless. I know now that the decision to send my daughter back to the U.S. with my ex was what was best for her. He had an entire support system and I was working crazy hours with a very unpredictable schedule. The “Mom-guilt” is real though. There are days that I still struggle with that decision…but I suppose that is another story in itself!

Ok, so where was ED in all of this. P.S. ED is my name for eating disorder. Why did I need to name it? To make it real and come to terms with it. Anyway, so ED was there all along. He came and went. He paused when I was in boot camp. He paused when I was pregnant and basically up to my divorce ED was not in my life. He came back with a vengeance in 2011. You mix that with depression and anxiety…I was a complete mess. So… what did I do? I hid ED from everyone. I poured myself into work and continued to excel. In the years that followed, I went on another deployment, balanced Mom-life as best I could, and got remarried.

Fast forward to 2016…I find myself in Fallon, Nevada again as a Senior Chief (promotion). One random morning, I was sitting at my desk and started to feel lightheaded. I went into the bathroom and started to hyperventilate. My chest and left arm hurt really bad and I started to freak out. I immediately called the doctor and he told me to come over so I could get checked out. I really thought I was having a heart attack, so I went. I got in and got seen.

Everything seemed to be ok on the outside but suddenly I just burst into tears. It was everything…in that moment life hit me square in the face. I cannot tell you what made me do it but I told the doctor about ED. It was bad…out of control bad. I was alone in Fallon while my husband, also active duty, was stationed somewhere else. ED was my comfort, my companion, my way to control everything in my life that felt out of control. I went to see the psychologist immediately and repeated the same story.

Eating disorder territory is something that a lot of people do not understand. The Navy is no exception to this so there for a short period of time I thought that my career was over. I was required to go to an ED recovery center and complete their treatment. It was 60 days long and I DID NOT want to go at all. I had to miss 2 months of work? No way…how could I do that? Well, turns out I had too so I drug my feet all the way there.

Treatment changed my life. Through those 60 days, my life made a complete 180. I learned lots of things that I didn’t know existed. I learned about cognitive behavior therapy, intuitive eating, and through telling my story I could begin to heal. I came back and fought to continue my naval career and I am happy to say that I was allowed to continue my service.

Every day I have to wake up and make the decision to heal. Healing is not a linear process. Some days are way better than others. ED was an addiction, a habit, a comfort, and it can be freaking HARD to leave the comfort of those addictions. Like any other addiction, whether it is drugs, alcohol, gambling, or food…it is hard to leave all the same. The truth of the matter is, I am lucky to be alive. I will have some health problems for the rest of my life I am sure, BUT I am living and healing.

Why am I telling this story? My story is nothing special per se, but I am telling it because I have never wanted to share it. It is something that I have kept a secret because of fear of judgment from others.

I have a lot of things that I do to help in my ED recovery. I have discovered passions for exploring, nature, hiking, reading, running, yoga, coloring, and meditation. I have a teenage daughter now who needs to know my story so that she can know that life isn’t going to be perfect, but at any point in the journey, we can forge a different path. We can be perfectly imperfect and shine all the same. We gain strength from other people’s stories, and if it helps one trail sister, then mission accomplished. I wish you peace, love, and wanderlust.

Brief Bio: I prefer lists :) 1. Born and raised in Excelsior Springs, Missouri. 2. Birthday: March 12, 1984 (totally a Pisces). 3. Joined the Navy in March 2003 and still on active duty. 4. Has an amazing 15-year-old daughter, Jaylin Sayers, who is going to change the world. 5. Has lived in Virginia, Nevada, Washington, California, and Italy (thank you Navy). 6. Loves to explore, travel, hike, run, adventure, camp, roam, reading, and deep conversations. 7. Lover of cats, coffee, and music. 8. Complete introvert that must play extrovert sometimes but gets tired from it. 9. Superpowers include overthinking, anxiety queen, forgetting everything, and being incredibly intuitive. 10. Currently resides in Chula Vista, California with her husband, Jeff and their cat, Astro.
More From Carrie Hammond