Homepage / Community / Postpartum Challenges and the Journey Back to Running

Postpartum Challenges and the Journey Back to Running 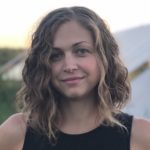 Sadie Lloyd Mudge is a long-distance and trail runner in midcoast Maine. She runs a small wellness and body care business built around ingredients she grows on her small organic family farm. She also grows fresh local flowers. Sadie enjoys a life of outdoor adventure with her husband and son, including lots of hiking, kayaking, and paddle boarding. You can find her on instagram @theoldpinetree.
More From Sadie Lloyd Mudge 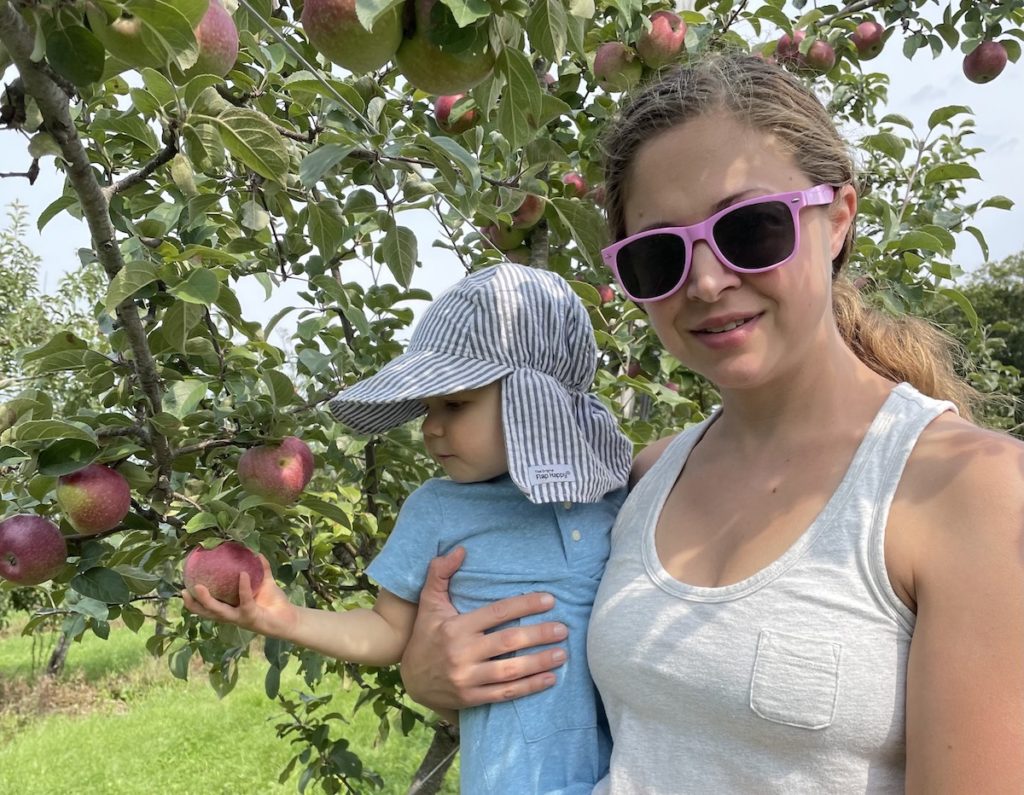 Like any good pregnant woman, as soon as I found out I was pregnant I Googled absolutely everything, including all the questions I had about running:

Did pregnancy affect your running?

Did you have to stop running when you were pregnant?

Why am I so slow + pregnancy

How long after giving birth did you start running again?

Thank goodness for Reddit and BabyCenter forums. Based on what I read I expected that I’d run pretty normally over the next nine months, but I’d slow down and run less in the beginning and the end. Then, after about four weeks after having the baby I’d start back with some slow, light running and before long I’d be running faster and stronger than ever.

I read the few blog posts I could find: I didn’t run much in the first trimester because I was so tired, but as soon as the second trimester hit I was full of energy and was hitting my normal paces! Of course I slowed down a little as I got bigger but I was running right up until my due date! I wasn’t planning on training for a marathon during my pregnancy (although I figured I could) but I assumed this would be my experience.

I never felt full of energy though; my body felt heavy and sluggish from the beginning, and by the end of the second trimester I stopped my jogging (which at that point included a lot of walking breaks) because I was pretty sure my bladder would otherwise fall right onto the pavement. I began eying the six week postpartum mark before I had even had the baby. I walked and walked and did some cross country skiing and all the while felt myself fading away the longer I couldn’t run.

I went into labor on a Saturday in June; it went on for three and a half days. Then our son needed to be in the NICU where we would spend the next 12 days. The combination of stress and having to pump every 2-3 hours meant I did not rest and I certainly didn’t stay off my feet. After being pregnant and unable to run for months I wanted to move. I spent nearly every hour by my son’s side on my feet, not seated. I wish I had known. People said I should rest but they never said why. Rest doesn’t come easy to runners.

Once we were all finally home and I could pay attention to my own body a little bit, I discovered (through a lot more Googling and rising anxiety) that I had pelvic organ prolapse. I immediately called and talked to one of the midwives. She set up an appointment for me to come in and talk to the OB.

“In the meantime” she said, “you should be doing your kegles”

“But I have a tight pelvic floor” I told her, like a proud runner.

“Not anymore” she said.

I still couldn’t quite connect that childbirth had turned my pelvic floor to jelly. I didn’t believe her.

A few days before my six week check up with the midwives I went out to try jogging, anticipating the green light to finally start exercising again. I took a few steps and it felt like my tailbone was attached to my body with a bungee cord; I could feel it bouncing with each step. I stopped dead in my tracks. This wasn’t right. I felt my heart sink. Why wasn’t this getting easier?

What the American health care system tells women is that six weeks is the magic time in which your body is ready to resume your regular exercise. If you dig a little deeper, however, it seems like the evidence, even if not adopted medical advice, is that it’s best to wait 3-6 months before returning to running, and to spend the early months after giving birth resting, doing core and pelvic floor rehabilitation exercises, and re-strengthening your body to be able to withstand running.

On top of having a weak pelvic floor I had diastasis recti, separation and weakening of the abdominal walls. I had started going to a pelvic floor physical therapist and diligently did my exercises. She assured me that I’d be running normally again by December. Then it was the spring. Then it was one year. Then it was after I had stopped breastfeeding and my hormones settled. But after all of these markers had passed I still wasn’t quite right when I ran.

At some point I started running with my menstrual cup for support, along with a panty liner and just saying screw it. I couldn’t not run anymore. I couldn’t not run forever. I desperately needed that alone time with my feet on the dirt, deep in the woods. While not perfect, it has been a reasonable solution for now. It has allowed me to slowly up my mileage and get back to some semblance of regular running. My headspace is a lot better with even just two or three runs a week.

A year and half after having my son the PT said my pelvic muscle strength had recovered to a normal level, and didn’t know why I was still having pelvic floor issues while running. I made a plan to see a urogynecologist. I told the PT that I haven’t ruled out surgery for my DR or my pelvic floor after the next kid. She noted that surgery often doesn’t really work. If the correct exercises don’t work, and there is not a good surgical repair option, what is an athlete supposed to do? Settling for a less-active life is not something I’m willing to do.

I asked my physical therapist if she had anyone recently that was also a runner. “Not anyone that runs as much as you do” she said. I had just told her that I was running, at a bare minimum, 10 miles a week. Just ten miles a week. In my head I thought, I don’t feel much like a runner at just 10 miles a week. I felt like a prisoner.

As well as PT I also did an online program that all but guaranteed full recovery. I have never done so much strength work and cross training in my life. When I factor in lifting my toddler throughout the day I know I have more upper body strength than ever before. My transverse abdominals are like a rock. And yet I just can’t seem to get over the hump when it comes to running.

I don’t know when or if things will completely heal on their own. I’m nervous about the next baby, although I have an array of tools and knowledge now that was invisible to me the first time around. My physical therapist says that subsequent pregnancies aren’t always worse once you know how to take care of your core and pelvic floor.

I’m scheduled to see a specialist this winter, and I will likely be running less and cross-country skiing more when the cold and snow really move in here in Maine. My toddler is starting part-time daycare so I will get a break. Maybe these things will help me get over the hurdle.

According to Instagram, many women seem to PR in the first 12 months after having a baby. I was rocked by my inability to be on that same track. I expected some identity shift with becoming a mother, but I had no idea it would be so extreme. It was lonely and defeating going through that transition without being able to run and stay connected to that part of myself.

Running completes me. Sometimes, when I’m alone in the woods on a warm summer evening cruising down a steep single-track slope, I feel euphoric. It is what grounds me, calms me, and gives me self-confidence. It is a fundamental part of who I am and has been a constant in my adult life. No one should have to give that up; I never will.

Sadie Lloyd Mudge is a long-distance and trail runner in midcoast Maine. She runs a small wellness and body care business built around ingredients she grows on her small organic family farm. She also grows fresh local flowers. Sadie enjoys a life of outdoor adventure with her husband and son, including lots of hiking, kayaking, and paddle boarding. You can find her on instagram @theoldpinetree.
More From Sadie Lloyd Mudge