From Safe and Small to Expansive and Brave Through Trail Running

Julie lives and works in Massachusetts. She loves exploring trails all over the northeast, from the Delaware Water Gap to northern Maine. She also bases her vacation plans around trails and mountains around the world, and has been very fortunate to have seen some incredible places. She is a proud ambassador for Free to Run, and also loves to read, practice yoga (and occasionally teach), and wake up early.
More From Julie Wolf 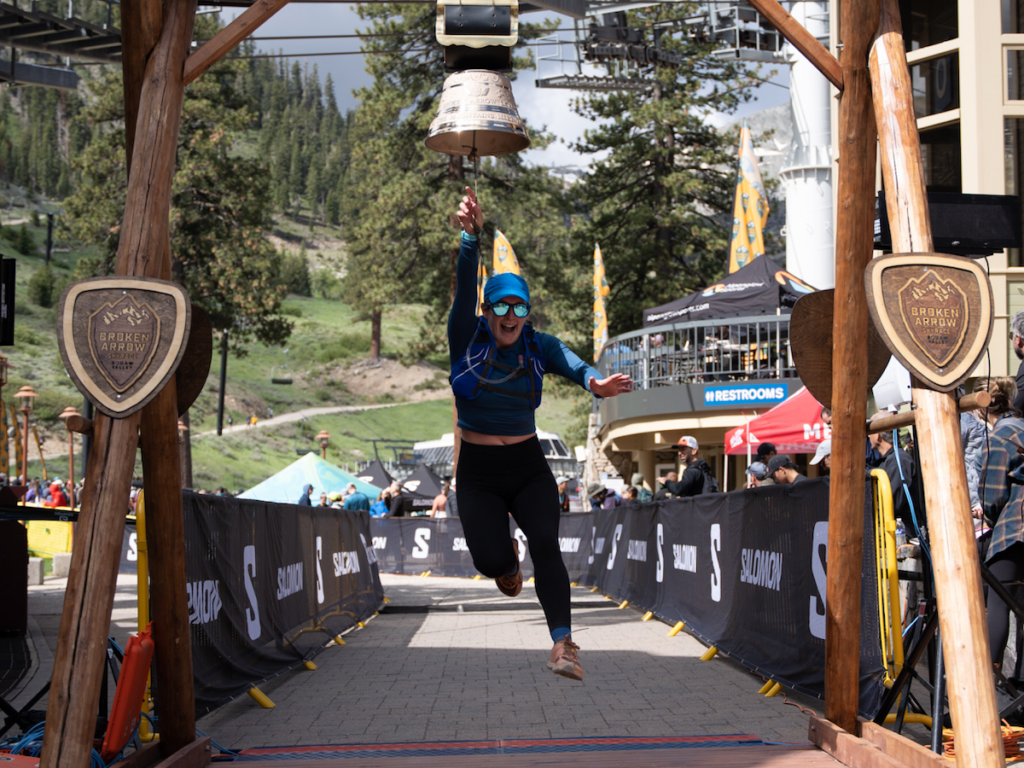 Editor’s Note: This article speaks about eating disorders and may be triggering for some folks.

Trail running makes me feel BIG – in the best sense of the word. It makes me feel strong, fearless, courageous, and brave. I haven’t always felt big. I did as a kid; however, my teens and early adulthood were taken over by low-level but persistent eating disorders, which made me feel small – my life was about control, hiding my voice/opinions, and making decisions out of fear. Trail running is what made me feel big and expansive again – not just living, but thriving. This has translated to every other part of my life, leading me to take more risks and follow my truth with much more passion and conviction.

I was always a sporty kid – I played all different kinds of sports year-round, and I loved having an active lifestyle. My best friend and I would spend hours (like, every minute of daylight) at our local pool club, either at practice with one of our teams, or else just making up games and playing in the pool and in the fields and trees with friends. I also grew up with athletic parents, and our weekends were often filled with overnight trips to the White Mountains (NH) or on day-long bike trips to islands in New England. I was from a family and community that fully expected girls to be as active as boys. I have very clear memories of my dad expressing concern when I would lose weight, and always praising me when I got stronger or gained more muscle. To summarize, I had a childhood where I felt big and strong.

Despite this, disordered eating came for me in early high school. Almost overnight, movement became about two negative things: 1) a way to lose weight, and 2) something I should do (or else suffer the guilt and shame afterwards for not doing it). It was no longer something that I was doing for joy.

I coped with this by suffering through sports to the end of high school, and then (metaphorically) running very far away from them. I mostly stopped physical activity, especially activity where I would be either measured in a way that was triggering for me (hello, calorie counters on treadmills) or compared to others in a negative way. When I would move, it had to be on my exact terms – I had to be able to say no at the last minute, or slow down or stop exactly the moment I needed to. Otherwise, it would lead to stress and depression – which perpetuated the disordered eating cycle. Active trips or weekends away with partners or friends were fraught with anxiety about being out of control of the activities planned or the food on the menu. Here’s where the small life came in – this disorder forced me to say no to a lot of things; to make decisions for self-preservation and safety, rather than for expansion and growth.

This was very confusing and disheartening for me at the time. Being an athlete, or a “sporty person”, had been a big part of my childhood identity. So, just at the time in my life when I was already trying to not just pick a major in college, but to “find myself/figure out what I wanted to do with my life”, I was also dealing with the loss of the biggest identity that I had ever known.

WIth therapy and time, things slowly became easier. I started to dip my toe into the “athlete” identity through my late 20s and early 30s. I began to take long walks, which led to short hikes, and then long hikes. I liked this because I could go at my own pace, be extremely mindful, and turn around when I wanted to. I mostly had to do this solo, so that I could be in full control.

By my early 30s, I had made my way to a yoga studio. I was extremely skeptical of yoga at first; to be blunt, I was worried that it would be filled with judgmental, skinny people. Fortunately, it was not like that at all. I found an extremely welcoming, nurturing environment, where I could explore and challenge my body in both small and large ways. I found that cultivating this connection to and respect for my body helped me to appreciate what it could do. Each class felt like a party for my body, where I was celebrating it and building the body-love back, step by step. I fell in love with yoga so much that I became a teacher, and started to share that passion with students at the studios in my area. I was deeply pleased with all of this. I couldn’t have articulated at the time, but it’s so clear to me now that the reason for this deep joy was because this was the first step towards me getting “big” again and starting to step into my power.

I was in a peaceful place; I really thought that I had found my space/pace in the world. My “physical” identity would remain as a hiker and yogi throughout my life. I never thought that I would be able to push past the triggers that made more “intense” movement so hard for me. Little did I know that trail running would come knocking on my door, asking me to hang out and be its friend! I discovered trail running by accident; I had a friend who was into it, I lived right next to a large reservation with miles of trails (where I already hiked a ton), and I was rehabbing from ACL surgery – which meant that I was forced to start very, very, slowly. It turns out that running slowly and running on trails were both a very surprising recipe for extreme happiness for me! Running had never spoken to me before. However, I found that I LOVED gently moving my body in the woods, watching the sun, listening to the birds, and breathing in clean air.

As I did this more and more, I felt a fog of what I can only now describe as a low-level depression that I had lived with for almost twenty years begin to lift. I was in expansion mode again, hard core, and the kid inside me was roaring back to life; I wanted to trail run all of the time! Since starting to run, I’ve tapped into communities of athletes that I just truly thought didn’t exist for adults – groups of people who bring out my childish joy and share a love of outdoors and movement. I also rediscovered a love of competitive events – it turns out, I had really missed being a part of the excitement that happens at competitions.

Since this discovery, I’ve leaned hard into trail running, not knowing where it will lead – but enthusiastically and instinctually following the stoke, and loving everything about the physical and mental strength that I get from the trails. This has expanded my life in ways that extend far beyond the trail. I’m setting healthier and stronger boundaries, courageously listening to my intuition, “excavating the unsaid” (thanks Brene Brown!) in my relationships, letting myself dream big, and taking the reins of my own life. I’m diving into charity work that I’ve long wanted to do; I’m proud to say that I am an ambassador for Stephanie Case’s charity, Free to Run! A former competitive swimmer, I’ve also joined a masters swim team, and am thinking about starting to compete there as well. I’m quickly growing into by far the best and biggest version of myself, and it is only just beginning.

So here’s my takeaway: BE BIG! Let yourself feel big and live big. Whatever your demon may be, face it with strength so that you can move forward. Fearlessly follow the things that light your fire, even if you’re not sure where they will lead or what doors will open. Leaning into the light that comes from inside you may open doors that you never expected. You are so valuable and so worth it.

Julie lives and works in Massachusetts. She loves exploring trails all over the northeast, from the Delaware Water Gap to northern Maine. She also bases her vacation plans around trails and mountains around the world, and has been very fortunate to have seen some incredible places. She is a proud ambassador for Free to Run, and also loves to read, practice yoga (and occasionally teach), and wake up early.
More From Julie Wolf 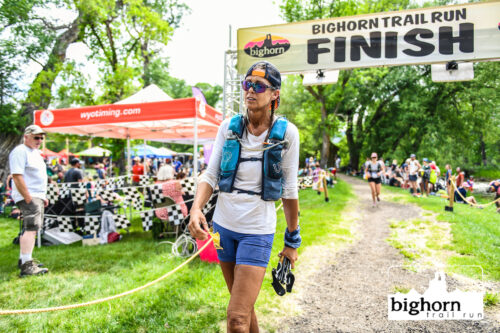